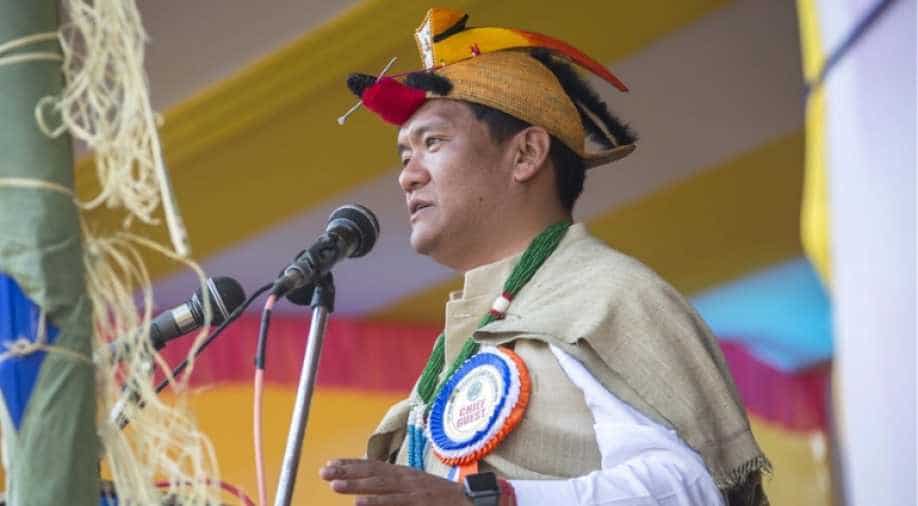 Along with him, eleven other cabinet members, including Deputy Chief Minister Chowna Mein also took an oath.

Pema Khandu was sworn-in as the 10th Chief Minister of Arunachal Pradesh on Wednesday.

"It is a historic day for the state as the BJP could install a government on its own," Khandu said and asserted that his government would be clean, transparent and corruption-free.

Along with him, eleven other cabinet members, including Deputy Chief Minister Chowna Mein also took an oath.

State Governor Brig (Retd) BD Mishra administered the oath of office and secrecy to Khandu at a function organised at the Dorjee Khandu Convention Centre here.

Khandu thanked the people of the state and also announced that his priorities would be improvement in law and order, health and education sectors.

"Our government will explore every possible avenue to provide employment opportunities to the unemployed youths and will invite outside investors to invest in state's potential sectors for gainful employment of local youths," Khandu said.

Khandu will be travelling to New Delhi to attend the swearing-in ceremony of Narendra Modi as Prime Minister on May 30.