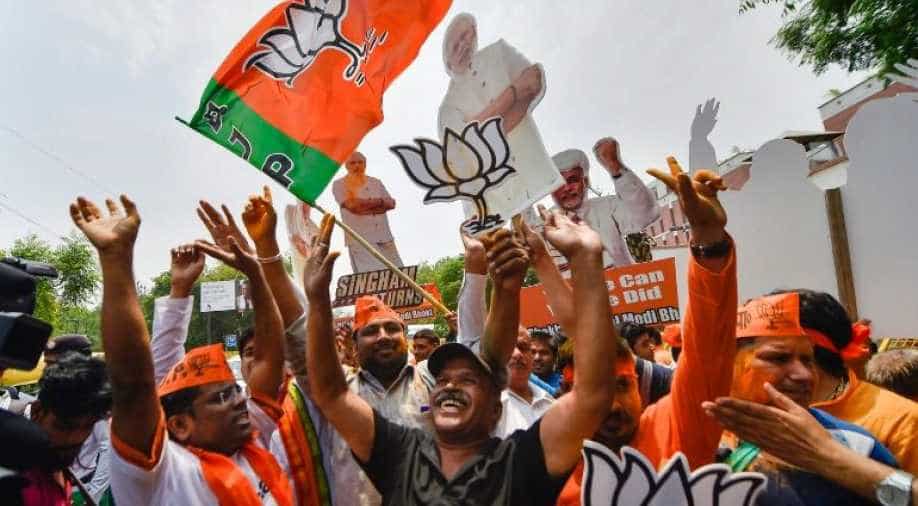 The BJP has won 41 seats in the 60-member Arunachal Pradesh Assembly after results of all the constituencies were announced, an election official said Saturday.

Counting of votes on Friday for Daporijo, Dumporijo and Raga constituencies in Upper Subansiri district was delayed, the official said.

In the Daporijo seat, the result of which was announced early this morning, BJP candidate Taniky Soki won the seat defeating his nearest Congress rival Togam Tamim.

Counting of votes on Friday for Daporijo, Dumporijo and Raga constituencies in Upper Subansiri district was delayed as the counting officials went away from the counting centre without handing over the results for which counting could not be continued as per the guidelines.

However, it started after the polling officials returned and handed over the results, Additional Chief Electoral Officer Kanki Darang said.

In Miao constituency, state Geology and Mining Minister and BJP nominee Kamlung Mossang beat Chatu Longai of the Congress by 3,856 votes to retain the seat.

The Namsang seat, which witnessed a multi-cornered contest, voted in favour of PHE minister and BJP nominee Wangki Lowang for the third time in a row.

State Home Minister Kumar Waii, who quit the BJP to join the NPP, lost the Bameng assembly seat to newbie Gorduk Pordung of the saffron party.

The Leader of the Opposition in the outgoing Assembly, Takam Pario of the Congress lost the Palin seat to the BJP's Balo Raja.