Lok Sabha election result 2019: Congress has nobody other than itself to blame for the debacle 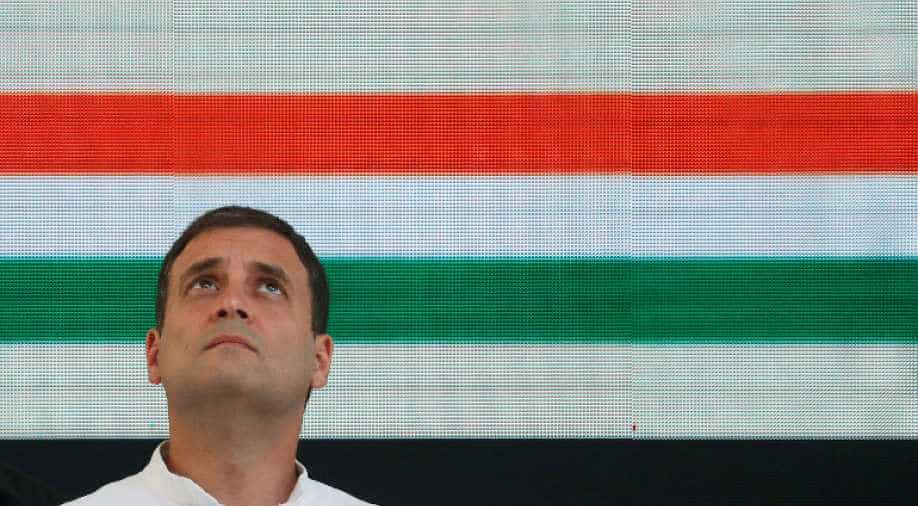 Congress failed to stay in sync with the other opposition parties and take on the BJP in an effective manner.

Narendra Modi-led BJP is back with thumping majority whereas Congress suffered a humiliating defeat with most of its strategies turning out to be electorally disastrous.

Although I insist, it was hard to ignore Congress president Rahul Gandhi this election who tried hard to revamp his own image and the organisational structure of the grand old party. The Gandhi scion appeared confident and mature on the campaign trail.

In fact, under the leadership of Rahul Gandhi, the party also swept 2019 Assembly elections with victory in three Hindi heartland states.

Despite the hard work, Congress failed to stay in sync with the other opposition parties and take on the BJP in an effective manner. Priyanka Gandhi and NYAY scheme came in little too late. Moreover, Rafael jet deal allegations and 'Chowkidar Chor Hai campaign' also backfired for the party.

Let's analyse what all went wrong for the party.

Rahul and Priyanka were seen visiting various temples in the run-up to Lok Sabha elections. Congress, which accuses BJP of being a pro-Hindu party and positions itself as minority leaning party, was attacked by political pundits for deviating from its secular ideas.

Congress's 'soft-Hindutva' card pitted against BJP's 'Hindutva' push did not go well with people. It was seen as a move to win Hindu votes.

Furthermore, while playing the Rafale blame game, Congress could not provide any reliable evidence for corruption against Prime Minister Narendra Modi.

As a final push to bring the focus back on economic crisis and jobs, Congress, belatedly, introduced the NYAY scheme towards the end of campaign. However, the scheme failed to leave any impact on electorates.

Priyanka's Entry: Too Little, Too Late

Post-2014 defeat, political pundits and well-wishers of Congress party considered Priyanka Gandhi a 'Brahmastra', someone who could revive the party.  She had campaigned for Congress earlier but made an official entry into politics this election.

Priyanka proved to be a crowd puller in Uttar Pradesh and won hearts but her entry came too late to create a strong vote bank. Also, Priyanka and Rahul messed up by creating speculations about her possible candidature from Varanasi against PM Modi.

The fiasco reflected lack of seriousness and sent out a signal that Priyanka wasn't ready to take on Modi.

In Uttar Pradesh, which sends maximum seat- 80-  to Lok Sabha, SP President Akhilesh Yadav and BSP Supremo Mayawati refused to tie-up with Congress following differences over seat-sharing ratio. Consequently, it ended up as a three-way battle of ballots in the state and Congress performed poorly.

In Delhi too, Congress failed to stitch an alliance with the Aam Aadmi Party, and hence, giving an edge to BJP. They could have stopped the splitting of votes by jointly taking on the Saffron party. According to political observers, the alliance had the potential to defeat BJP.

On the national level too, Mamata Banerjee didn't approve Rahul Gandhi as the PM face of 'Mahagathbandhan'. Both of them reportedly wanted to be in the driver's seat. Sharad Pawar and Chandrababu Naidu requested Mamata and Congress leadership to reach an electoral understanding keeping aside their differences but all efforts went in vain.

Congress knew that in terms of leadership and share of seats, regional parties held the key yet it refused to compromise on its national party image, giving a major dent to the prospects of 'Mahagathbandhan'.

Some Congress leaders insist that the party had decided to go alone in the Lok Sabha elections for its long-term revival. However, Congress's reluctance to become a minority partner to regional parties made it easier for the BJP to sweep the elections.

The question that arises now is - what next for Rahul Gandhi and Congress? Rahul is unlikely to face a leadership challenge immediately, but Congress`s continued slide has raised questions about its future.