NRC row: 'I have become unknown in my own country,' says resident 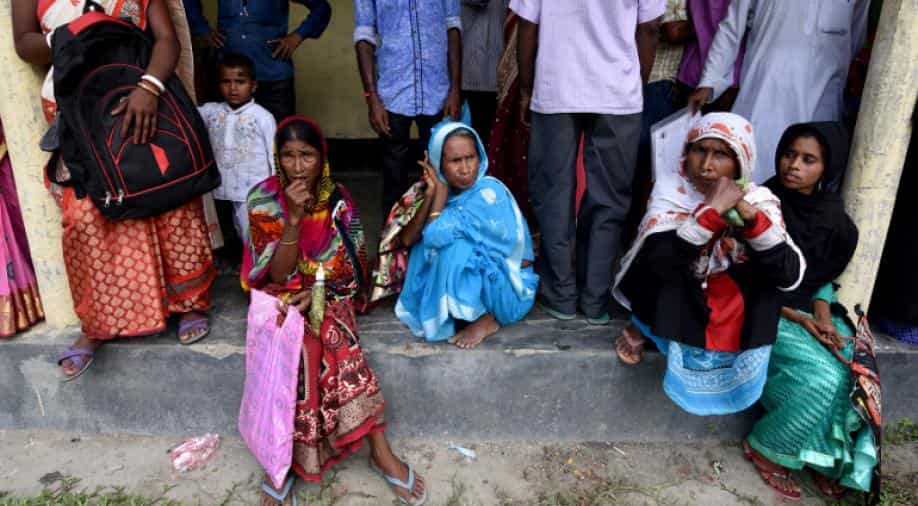 Sekhar is one among the 40 lakh people who feel confused as uncertainty prevails in various parts of Assam.

Are you in that 40 lakh list? This is what residents of Assam are asking each other since Monday.

Shekhar Dey, general secretary citizen preservation committee Assam, got a shock of his life when he couldn't find his name in the NRC list.

"I have my father's NRC certificate of 1951. I am born here, brought up here, how can I be a refugee here now that I am 66 years old,"&nbsphe asks, adding ruefully,"where will I go."

The pain in his eyes was visible but more upset was his daughter Mithi Dey, she said: "This is disgraceful, my name has come but my father's name is not there, how can this go on, we feel humiliated."

Sekhar is one among the 40 lakh people who feel confused as uncertainty prevails in various parts of Assam.

In Guwahati's Kalapahar region every second house now has "foreigners" - that is their name does not figure in the government's National Register of Citizens (NRC)&nbsplist.

Pramathanath Sen stays opposite Shekhar's house. He is a government employee but discovered that his wife's name is there but his name is not there.

"It feels bad, suddenly I have become unknown in my own country, how does it feel,"&nbsphe reveals.

Shekhar says: "how will I fight for citizenship now that I am a foreigner."

District administration has asked him to produce documents after August 7th.

For Shekhar, his identity proof is as precious as a diamond. "They can't mark me as D voter, I have the documents," he declares.

Just as Shekhar, 40 lakh people are now confused. The "illegal migrant" question which has plagued the state, now has several genuine people who are facing the brunt of a flawed citizen list.