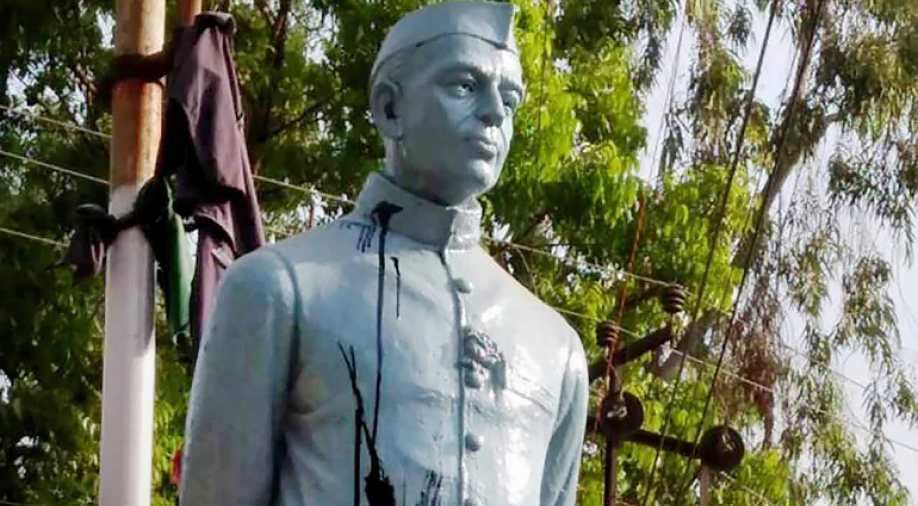 The Congress blamed the BJP for the incident, but the saffron party denied any involvement in it.

Locals, who discovered the statue at the Telephone Maidan at Katwa town in East Burdwan district on Saturday morning, then informed the police about it.

Congress workers then held a demonstration in front of the police station demanding immediate arrest of those responsible for the act.

Katwa Town Congress secretary Subhashish Samanta has alleged that BJP workers were behind the incident. The saffron party's rural district secretary Sandip Nandy has said the party had no role in it.

Police said the locals had lodged a complaint and that a probe into the incident was underway.

Chairman of the Trinamool Congress-run Katwa municipality, Rabindranath Chattopadhyay, condemned the blackening of the statue and said it was cleaned by the civic body later in the day.

On March 7, a bust of Jan Sangh founder Syama Prasad Mookerjee was vandalised in Kolkata by seven persons, including a woman.