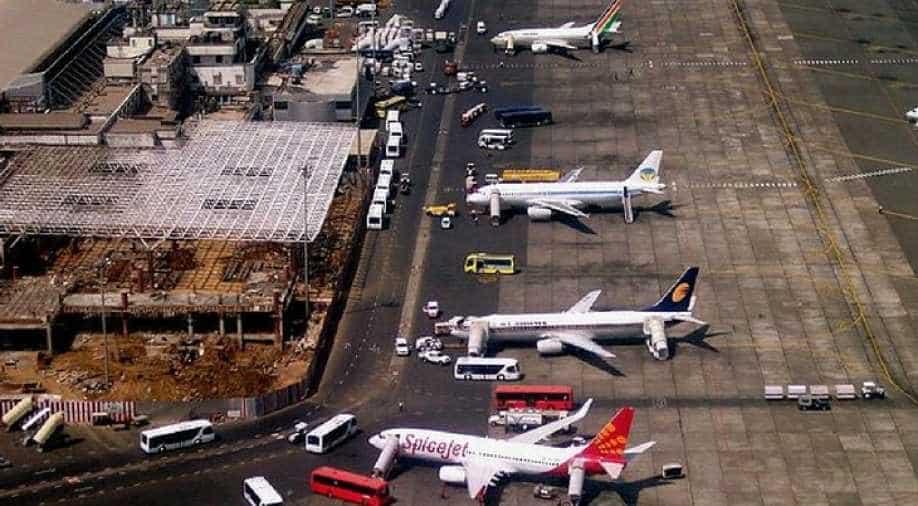 Amidst the heavy downpour in the city, Mumbai airport`s main runway remained closed on Tuesday after a Spice Jet aircraft from Jaipur overshot the runway while landing here.

No injuries were reported. Around 54 flights were diverted to the nearby airports and 52 flights were cancelled as heavy rains continue to lash Mumbai and its neighbouring areas, an airport official said on Tuesday.

The torrential downpour has hampered train services to and from the city.

The Central Railway informed that suburban services are running normally between Churchgate and Vasai Road.

"As water receded to some extent at Nallasopara, WR locals are being run with a frequency of 30 mins between Vasai Rd-Virar.

The Railways said the state government and various other agencies have been requested to run extra buses between Mumbai and Pune for intercity travellers.

The Maharashtra Government has declared July 2 as a public holiday amid heavy downpour causing water logging at various places in the financial capital and surrounding metropolitan area.

"In wake of the extremely heavy rainfall forecast by the IMD, the Government of Maharashtra has declared a public holiday on 2nd July as a precautionary measure for Mumbai city and its citizens," said BMC CPRO.

Officials have received 45 complaints of waterlogging including locations from Thane, Mumbra, Diva and Kalwa here till 8:30 AM.

At least 21 people have died due to various accidents related to rains in Mumbai including 18 people who were killed as a wall collapsed in Malad area.

The government has declared July 2 as a public holiday.