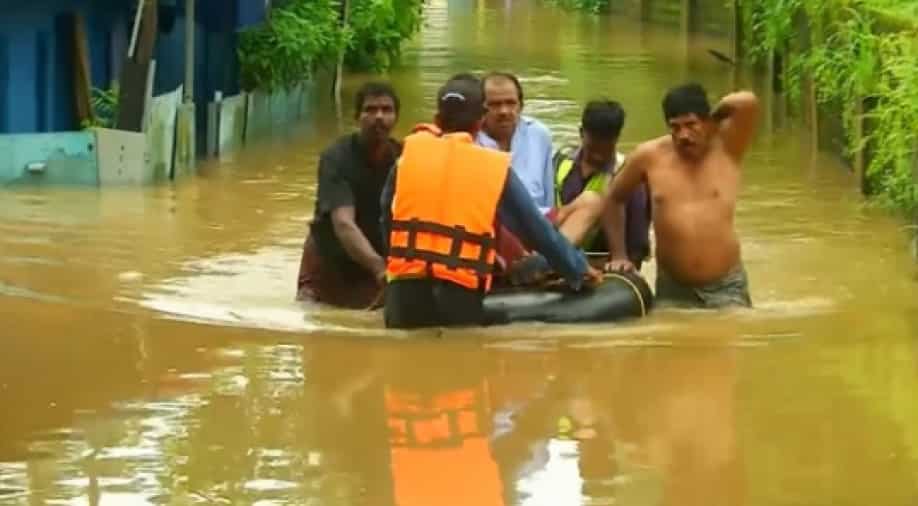 The NDRF said on Friday it has moved more than 4,000 people to safer places and rescued another 44 from flooded areas in Kerala during the past nine days, even as its personnel struggle to reach remote areas cut off due to landslides.

Kerala has been severely hit by monsoon rains and rivers and dam reservoirs are overflowing, inundating a large part of the state. At least 100 people died yesterday in rain-related incidents, State Disaster Management Authority officials said in Thiruvananthapuram.

A National Disaster Response Force spokesperson said in New Delhi that its 51 teams, out of the total 53 deployed, are operating on the ground. Two more teams will reach Kerala soon, he added.

"So far, over 4,319 persons have been evacuated and 44 people have been rescued by our teams since their deployment in Kerala. Operations are still going on," he said.

The rescue and evacuations operations by the NDRF entered its ninth day today.

The spokesperson said despite heavy rains and unfavourable weather, every effort was being made by NDRF responders to "access and reach" every person in distress.

A total of 173 people have died in the state since the second spell of monsoon fury began on August 8.