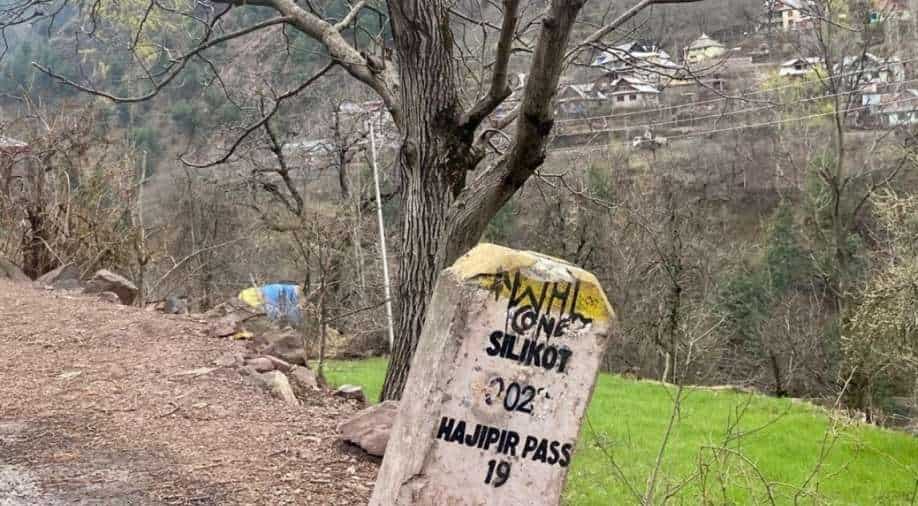 Silikot village near Uri, also known as the last village of India at LOC Photograph:( WION )

In a positive development, more than a week after India and Pakistan agreed on "strict observance" of the 2003 ceasefire, the pact continues to be followed on the ground with no signs of violation.

Officials from the Indian sides are upbeat even as violence has reduced at the Line of control, something that comes as a major relief to civilians on both sides.

WION had travelled to the last village at LOC to see the ground situation and saw calm returning to the area. Silikot village near Uri, also known as the last village of India, saw many of the villagers being hopeful that the peace would ultimately prevail.

“We are living in peace and happiness. We want both nations to maintain a ceasefire. Our children can play without fear of bullet or shells,” said Ghulam Nabi

Another villager, Abdul Qayoom called for more facilities. He said, “Underground bunkers are being constructed here and we feel safer. We want the government to extend more facilities to us here,”

On February 25, Indian and Pakistani militaries issued a rare joint statement. The statement that was issued simultaneously said, "both sides agreed for strict observance of all agreements, understandings and cease firing along the Line of Control and all other sectors with effect from midnight 24/25 Feb 2021"

The statement came after Indian and Pakistani Director Generals of Military Operations or DGMOs achieved an understanding on the 22nd of Feb during a "hotline" talk. During the talks, both sides "reviewed" the situation along the Line of Control.

The big test for the pact will be in summer when the snow melts and passes open. Summers have traditionally seen an increase in infiltration activity and while a joint statement has been an issue, the Indian side will not let its guard down and continue counter-terror/infiltration bid.

2020 was the bloodiest year in terms of ceasefire violations, something that had majorly impacted the daily lives of civilians. The development will be beneficial for the region and the civilian population residing along the line of control and is largely seen as an attempt to bring down the violence level at the LOC.

The joint statement said," in the interest of achieving mutually beneficial and sustainable peace along the borders" the two DGsMO agreed to address "each other’s core issues and concerns which have the propensity to disturb the peace and lead to violence."

India's key concern has been the issue of terror, and this is something the officials have said that they haven't seen any visible action.

India and Pakistani ties since the 2019 Pulwama terror attack have gone in downhill. The attack that killed over 40 Indian paramilitary men was perpetrated by Pakistan-based Jaish-e-Mohammed. After India removed special status for the erstwhile state of Jammu and Kashmir in August 2019, the situation had gone further downhill with people to people contact being suspended by Islamabad.