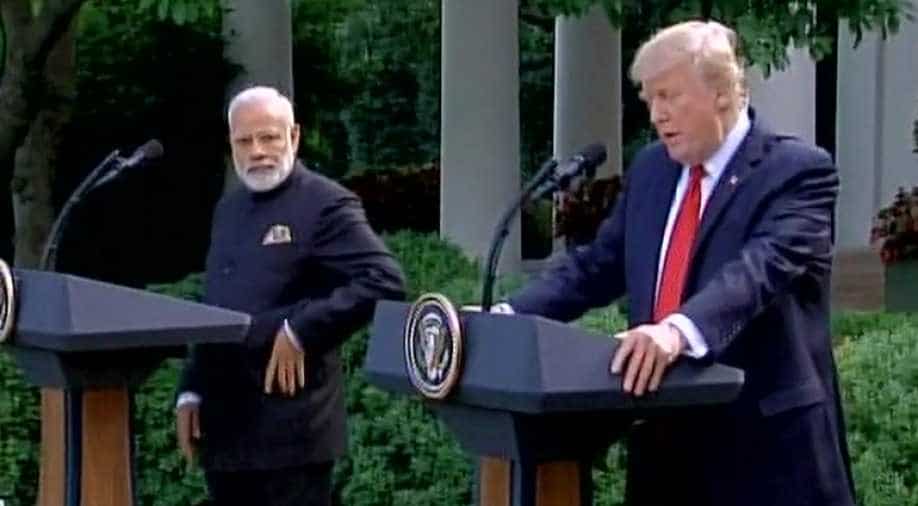 File photo of Indian PM and US President Photograph:(ANI)
Follow Us

Obama was the first US president to attend India's Republic Day celebrations at Rajpath.

Former president Barack Obama had attended India's glittering Republic Day parade on 26th January, 2015 during his three-day visit to the country amid much fanfare.

Obama was the first US president to attend India's Republic Day celebrations at Rajpath.

PM Modi and Obama attended the colourful ceremony on that rainy day with the new Modi government determined to push ahead Indo-US ties.

However, the White House said the final decision on Trump's presence at the Republic Day celebrations was still "undecided".

Further, in its South-Asia push, the US has consistenly implored India to play a greater role in Afghanistan with increased incidents of terror-related activities in the country.