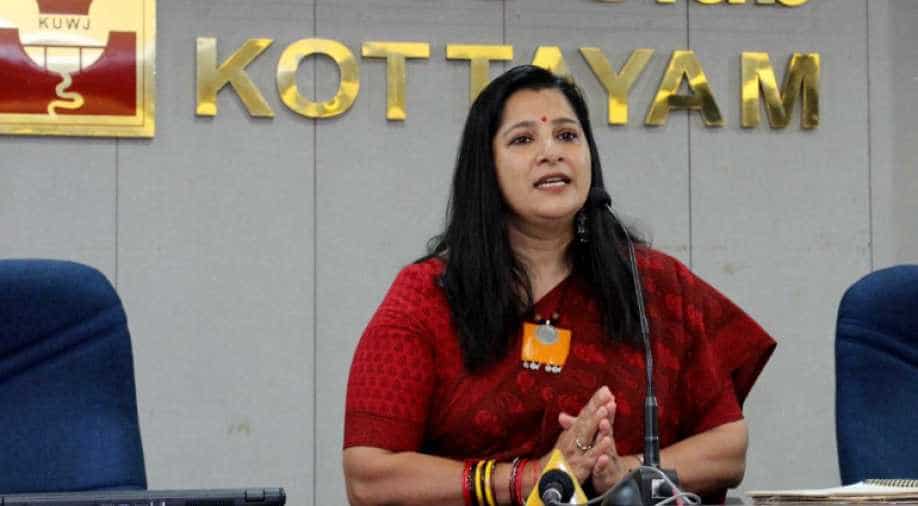 Nisha Jose has not named anyone in her book, yet, Shone George, the son of a legislator, has filed a police complaint against her saying the allegations seem to be directed at him

Nisha Jose, wife of parliamentarian Jose Mani and the daughter-in-law of Kerala Congress chief KM Mani, has kicked off a political storm with her #MeToo allegations in her memoir.

In her book, "The Other Side Of This Life - Snippets of my life as a Politician's Wife", Nisha Jose writes how she was sexually harrassed during a train journey in 2012.

She has not named anyone, yet, Shone George, the son of a legislator, has filed a police complaint against her saying the allegations seem to be directed at him.

Nisha Jose's father-in-law is one of the most powerful politicians in Kerala. Shone George's father PC George is the only independent lawmaker in the state assembly.

In her book, Nisha writes of a politician-colleague who "touched her feet accidentally three-four times".

"He crossed the lakshman rekha (line) and I felt violated every time," she writes.

Her complaints to a ticket examiner fell on deaf ears, she says. "If the son is anything like his father, I don't dare. You are political allies and I will be in trouble," recounts Nisha Jose of her conversation with the ticket examiner.

Shone George, who is considering suing Nisha Jose for defamation says in his police complaint that Nisha Jose should just name the person since people are pointing fingers at him.

Both Shone George and Nisha Jose worked for the Kerala Congress (Mani) at the time of the incident.

Shone George's family has accused Nisha Jose of using the allegation to sell her book.