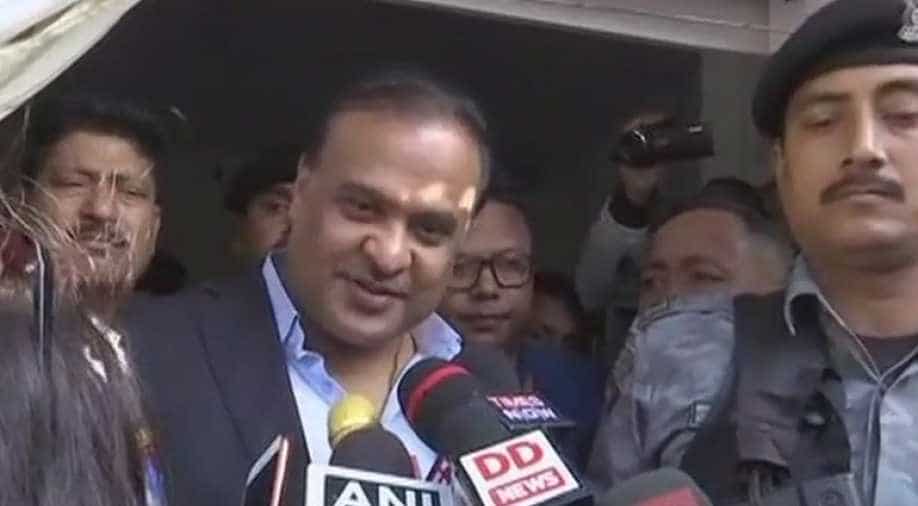 Sarma said the BJP will encourage smaller parties and independents to join hands with the NPP to form the next government in Meghalaya. Photograph:( ANI )

After the Meghalaya polls threw a hung verdict, Bharatiya Janata Party (BJP) and the United Democratic Party (UDP) Sunday extended support to the second largest party NPP to form a non-Congress government in the hill state.

However, the BJP said they will only extend support once the regional outfit takes an initiative in this regard.

Assam minister and BJP leader Himanta Biswa Sarma said the verdict of the assembly elections in Meghalaya was against the Congress, which ruled the state for a decade, and against incumbent Chief Minister Mukul Sangma.

"We want the NPP to take the initiative and the BJP will provide full cooperation. We are here to help form a non-Congress government," he told reporters here.

How can we have upper hand? BJP has 2, upper hand will be NPP 19, followed by next upper hand UDP, they are 6. We are in discussion with PDF also. That is why at 5 pm we are going to meet governor with 29 members, that number will definitely go up: Himanta Biswa Sarma #Meghalaya pic.twitter.com/aZSMj5lvPh

UDP has extended a support letter to us & we have discussed threadbare. It is just a matter of 2 hours, you will come to know everything, who will be the leader. Let it unfold officially in a dignified manner: Himanta Biswa Sarma #Meghalaya pic.twitter.com/vutWSpKfSz

Sarma said the BJP will encourage smaller parties and independents to join hands with the NPP to form the next government in Meghalaya.

He said the saffron party would not like to take the lead in government formation even though it is ready to talk to everyone unofficially to form a government.