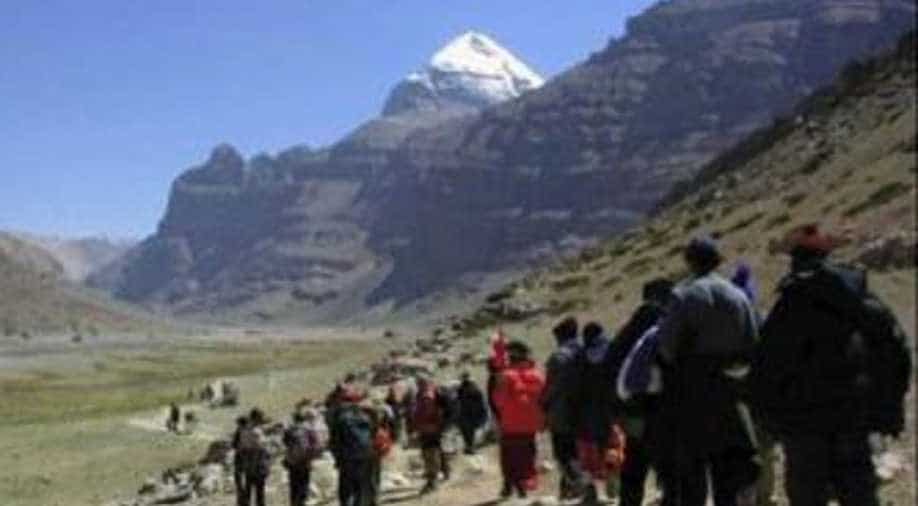 There are two routes to go the annual yatra--via Lipulekh pass in Uttrakhand & Nathu La pass in Sikkim.

With Mansarovar yatra all set to begin, India has said that the visit is important not only for spiritual purposes but also helps build India-China relationship.

Speaking at the Computerized Draw of lots for Kailash Manasarovar Yatra 2019 Foreign Secretary said, "Our ministry's consistent effort has been to get as many applications as we can because we think this yatra is important not only for those going for spiritual or religious purposes but also to build relations between India and China."

In all ministry of external affair has received 2996 application, out of which 2256 are male applicants, 740 are female applicants.

There are two routes to go the annual yatra--via Lipulekh pass in Uttrakhand & Nathu La pass in Sikkim.

Nathu La route has been been opened a few years ago and is fully motorable and requires minimum of walking.

Around 624 Senior citizens applied for the yatra and will be preferred via Nathu La route. Lipulekh route is mountainous and the terrain is challenging.

The Foreign Secretary said, "Our hope and endeavour that we provide the first chance to those who didn't have the chance to go to the yatra--the first time applicants and we give priority to them."