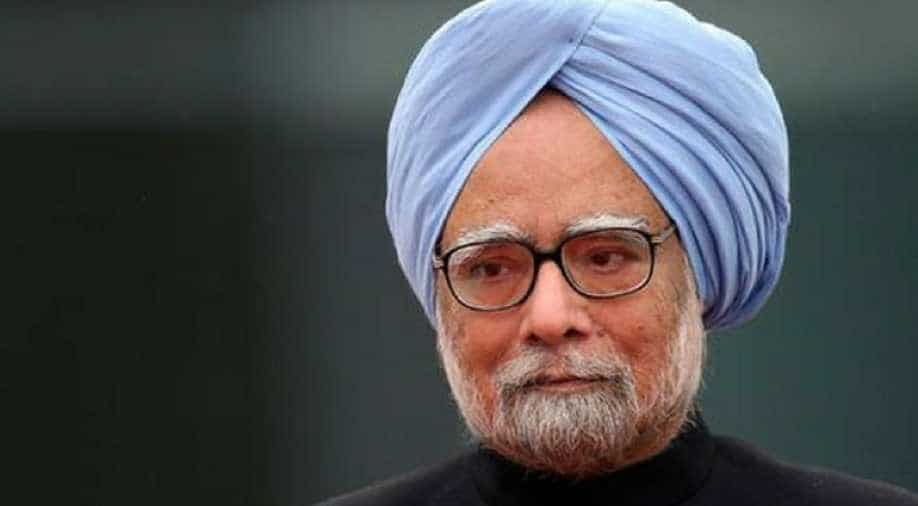 In a scathing attack on Prime Minister Narendra Modi, his predecessor Manmohan Singh today said Modi failed to understand the "pains" of his note ban and GST decisions were going to unleash on the people of his own home state.

"I wish the prime minister would find more dignified ways of impressing upon the crowds and seeking their votes...," he said.

"Just as you were recovering from one blow (of demonetisation), came the GST. Nobody consulted you or tried to understand how your dhandha (business) works," he told a gathering of members of the local business community here.

"The prime minister is from Gujarat, and he claims to understand Gujarat and the poor more than anyone else. How is it that he never understood the pains his decisions will unleash on you?" Singh asked.

"Your business works on trust and relationships. Without trust in each other, Surat will collapse. You extended this trust to the prime minister and his promise of 'acchhe din' (good days). The hope symbolised in those dreams now lies shattered," he said.

In Surat alone, 89,000 powerlooms were sold as scrap and it led to a loss of 31,000 jobs, Singh said. "There are countless such examples from industrial clusters and big mandis (markets) from across the country."

China benefited from this situation, he claimed.

"These twin blows damaged India's MSME sector and our businesses had to turn to Chinese imports at the cost of India jobs," the senior Congress leader said.
On demonetisation, Singh said, "This is an uninformed, half-baked crusade on black money where he (Modi) painted everyone as a thief, while real culprits have gotten away."

The Goods and Services Tax was "badly designed and hastily implemented", the economist-turned-politician said.

Maintaining that demonetisation was not the solution to the problem of black money and tax evasion, Singh said the costs of demonetisation substantially exceeded its benefits, and the decision "proved to be mere bluster to reap political dividends while the real offenders have escaped".

Demonetisation and GST have also "sown a deep-rooted fear of tax terrorism among the business community", he said.

"At a time when the economy has slowed down considerably, despite favourable global macro-economic conditions, the fear of tax terrorism has eroded the confidence of the businesses to invest," he said.

"This attitude of suspecting everyone to be a thief or anti-national, the low-level rhetoric is damaging the democratic discourse and has real consequences for how we relate to one another as citizens. Political leaders must stick to the high road," he said.

Singh said on every social indicator, from infant and maternal mortality rates to female literacy, Gujarat has fallen behind the best performing states, including Himachal Pradesh, Karnataka, Kerala and Tamil Nadu.

He said the recent agitations by the youth cutting across different sections of the society was an indication of the deep dissatisfaction with the performance of successive BJP governments.

The former prime minister said a Congress government in the state will hear the voice of every Gujarati regardless of caste, creed, gender or class.

"Nothing can be farther from the truth. I realise that many things are said in election times. But when they are gross distortions, they need to be rebutted," he said, adding that Jawaharlal Nehru, the country's first prime minister, and the "most famous Gujarati" Sardar Vallabhbhai Patel worked hand-in-hand, and "nothing is gained, as is often attempted by Modi, by pitting the two great leaders apart."

Modi was "denigrating the country" when claiming that Congress party did nothing in 70 years, the former PM said.

"I wish the prime minister would find more dignified ways of impressing upon the crowds and seeking their votes without resorting to statements which denigrate our country," he said.

"...While denigrating the past, the prime minister also tends to exaggerate what he will do in future. He was recently quoted in the press as saying that India will become a developed country by 2022," Singh said, adding that to achieve that, India needed to grow at the rate of 35 per cent per year.

The government should get out of the "culture of constant self-praise", Singh said.

"In the ten years of UPA-I and II, when I was the prime minister, we produced 7.8 per cent GDP growth on average. This includes the slow-down in the last two years of our government. When the present government took over, they said they would take growth to 8 to 10 per cent. Modi so far has produced an average of only 7.3 per cent in the first three years," he said.