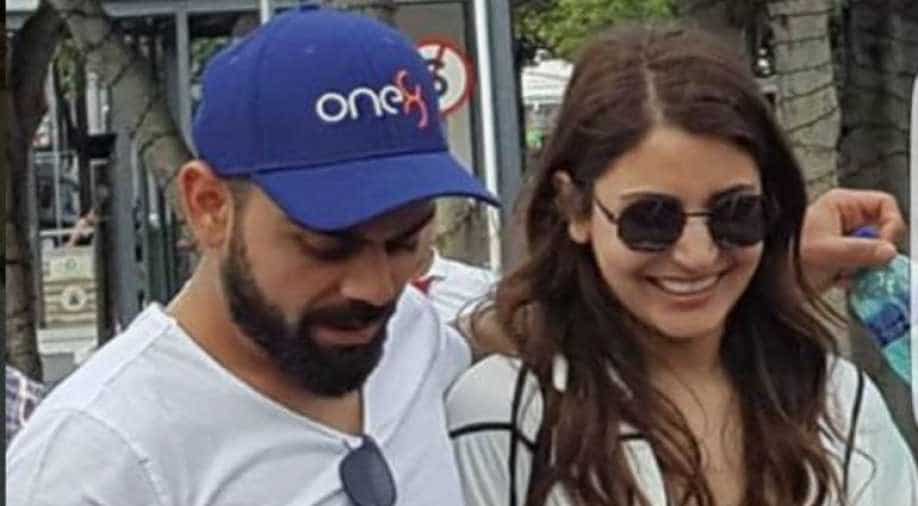 Virat and Anushka are currently in South Africa where they celebrated New Years together. Photograph:( Instagram )

Ever since the news of their intimate wedding in Italy came out, fans of Virat Kohli and Anushka Sharma have been obsessing over every minute details of their favourite couple and sharing it on social media. After hosting two gala receptions in Delhi and Mumbai, the newlyweds are now in South Africa spending some quality time before Virat along with the Indian cricket team begins the series against South Africa. Anushka too will head home where she will resume work on the sets of Zero.

Virushka though spent an afternoon recently in Cape Town meeting Akshay Kumar. The superstar has been in South Africa since Christmas along with his family and even celebrated wife Twinkle Khanna's birthday there.

Virushka and Khiladi Kumar were seen chatting at a restaurant. Picture of the meeting was shared on Instagram by one of the fan clubs of the newlyweds.

While Akshay has been sharing posts from his vacation on Instagram, Virat and Anushka's fans have been keeping the rest of the world updated about their activities.

Deep blue sea and skies to match, long conversations and fishing for a catch :)