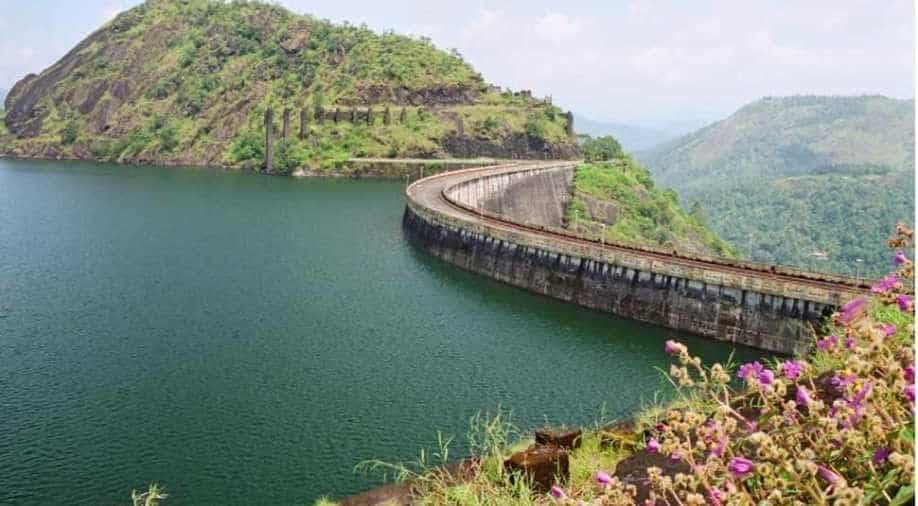 In Alappuzha district, 12 new relief camps were opened since last evening and 3,886 people living in the coastal areas.

The government machinery in Kerala continued to be on alert with the water level in the Idukki dam inching towards the maximum, even as rain lashed many parts of the state, claiming two lives today.

A 74-year-old man was electrocuted when he came in contact with a live wire here this morning, while another man died in Malappuram district, the state control room, monitoring the monsoon-related incidents, said.

With these two deaths, the total number of those killed in monsoon-related incidents over the past two months has gone up to 141.

The water level in the high range Idukki reservoir, where an 'orange alert' was issued last night, touched 2395.58 feet by 6.00 PM today, according to the Kerala state Disaster Management Authority (KSDMA).

The 'orange alert' was sounded after the water level in the dam touched 2,395 feet, which is prior to the 'red alert' that will be issued when it reaches 2,399 feet.

The full level of the dam is 2,404 feet. The water level is related to the Mean Sea Level and catchment area.

Similarly, an 'orange alert' was issued at Kakki dam in Pathanamthitta, a central Kerala district, when its water level reached 980 meters today, according to the Kerala State Electricity Board Limited (KSEB).

The full reservoir level (FRL) of the dam is 981.46 meter, they said, adding that district authorities were asked to take all precautionary measures for the safety of people living downstream.

With monsoon rain continuing and water levels rising, the shutters of three dams here- Neyyar, Aruvikkara and Peppara- have been opened.

Sea erosion was reported in the coastal belts of Alappuzha, Kollam and Thiruvananthapuram and a number of people have been shifted to relief camps.

Landslip was reported in Aralam in Kannur district and in Kozhikode.

Meanwhile, Chief Minister Pinarayi Vijayan urged people to be cautious as heavy rains, accompanied by thunderstorms, have been predicted in the southern state.

"The Meteorological Centre has predicted heavy rains in the state till August 2. People are requested to take caution as heavy rains will be accompanied by thunderstorms," the Chief Minister's Office said in a tweet.

Quoting the weather report, the CMO also advised fishermen not to venture into the sea along and off the Kerala coast, over Lakshadweep area and Southwest, Central and North Arabian Sea.

Revenue Minister E Chandrasekharan said here that district authorities were all set to deal with any emergency in the wake of the increasing water level in Idukki reservoir.

Detailing the steps taken by the government, he told reporters here that advanced facilities have been put in place to gauge the water level.

Water Resources Minister Mathew T Thomas said as of now there was no need to carry out a trial run of lifting shutters of the Idukki dam and releasing water.

Stating that there was no need for people to panic as the water level was rising only by 0.02 feet an hour, he said if there was any need for a trial run, it would be done only during daytime after giving enough advance notice to locals.

"The trial run will be carried out only if the water level rises," he said after taking stock of the preparation in Idukki.

A holiday was declared for all educational institutions, except professional colleges, in the capital city today by the District Collector following heavy rains.

Train services to and from Thiruvananthapuram Central Station were affected for some time in the morning due to water-logging.

At present, 7,348 people are in 44 relief camps across the state, control room sources said.

In Alappuzha district, 12 new relief camps were opened since last evening and 3,886 people living in the coastal areas, including Porakkad, have been shifted there.

In Thrikkanad in northernmost Kasaragod district, 18 people near coastal areas have been moved to relief camps, they said.

The Met Centre here has forecast heavy to very heavy rainfall in a few places in the state till August 2.

Thunderstorms, accompanied by gusty winds, were likely to affect Kollam, Pathanamthitta and Idukki districts, it said.