Karunanidhi's body moved to family residence at Gopalapuram in Chennai 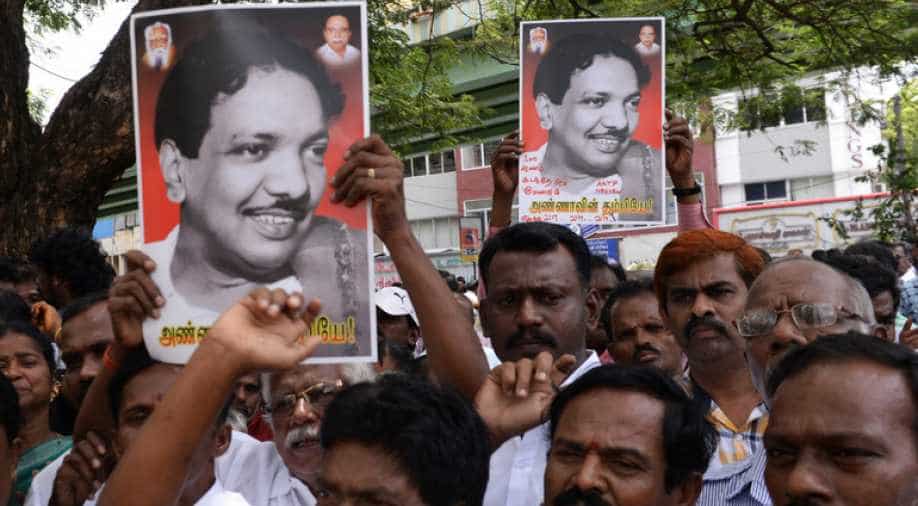 Dravida Munnetra Kazhagam (DMK) party supporters hold placards with portraits of party President M Karunanidhi in front of the hospital where he is being treated in Chennai. Photograph:( AFP )

The streets were filled with Karunanidhi supporters as the body was being moved to Gopalapuram under heavy security cover.

The mortal remains of former chief minister of Tamil Nadu M Karunanidhi was moved to the family residence at Gopalapuram amid controversy over his burial place.

The streets were filled with Karunanidhi supporters as the body was being moved to Gopalapuram under heavy security cover. Reports said&nbspKarunanidhi's body will be moved to Rajaji hall at 4am.

The AIADMK government rejected DMK's request to allot a burial place at the historic Marina beach where all former sitting CMs including M G Ramachandran and J Jayalalitha were buried.

The national flag will fly at half mast in Delhi and all state capitals and across Tamil Nadu on Wednesday as a mark of respect to DMK chief M Karunanidhi, who passed away today, the Home Ministry announced.

The government of India will observe state mourning across the country on Wednesday and there will be no official entertainment during the day.