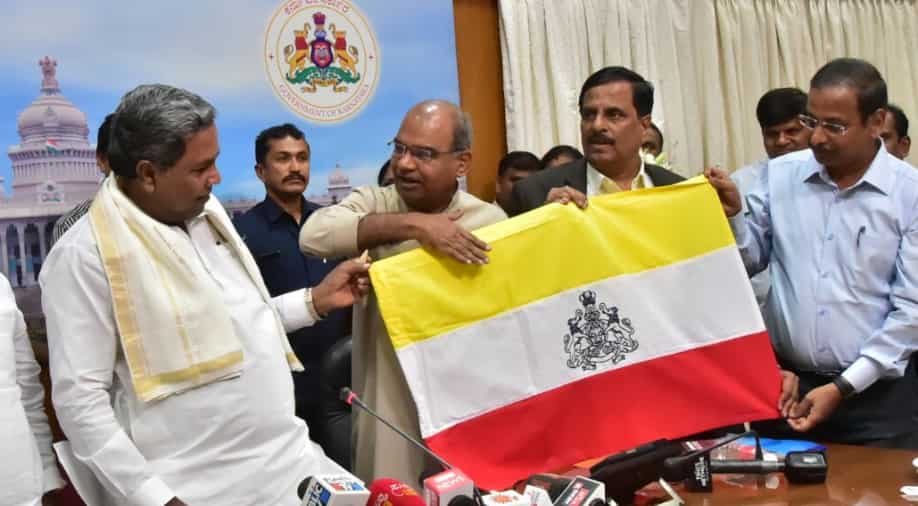 The flag or Naada Dwaja with red, white and yellow colours have state emblem “Ganda Bherunda”, a two-headed mythical bird in the middle.

The committee to decide the design of the flag headed by Kannada Development Authority (KDA) chairman S G Siddaramaiah submitted the new design to Chief Minister Siddaramaiah at the Vidhana Soudha on Thursday morning.

The CM has accepted the design and assured the committee that he will send it to the Centre. He said that there was no bar on state flags in the Constitution and all states can have their own flags.

The emblem will the printed in black and white on the central white stripe.

The state emblem of Karnataka is based on the kingdom of Mysore and is carried on all Government of Karnataka correspondence.

It has the Sarnath lion symbol which is popular in India, below which is a red shield with the 'ganda barunda'. On either side are two lion-elephants called ‘sharabha’, a mythological creature believed to be 8-legged possessing the powers of lions and elephants.