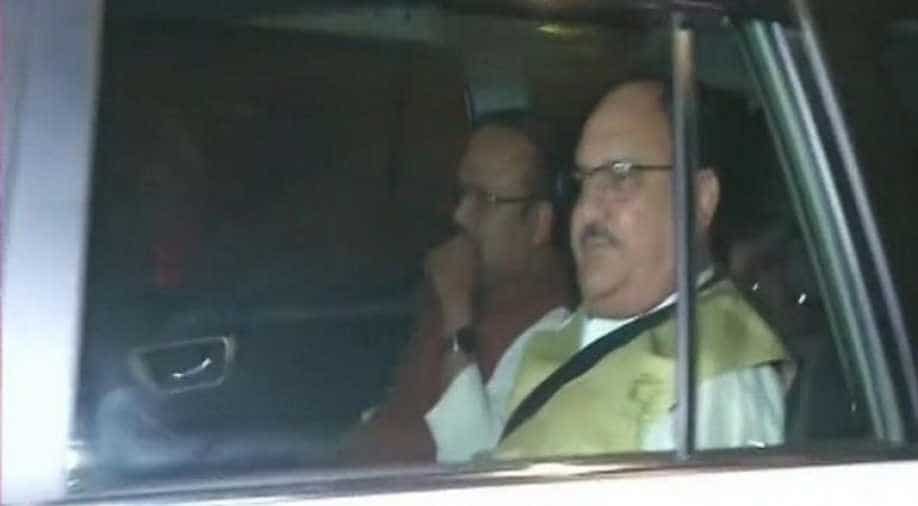 The meeting comes in view of Haryana polls where BJP has fallen short of seats to form the government.

The meeting comes in view of Haryana polls where BJP has fallen short of seats to form the government.

The leaders, along with Nadda, reached Shah's residence at 1 am and left at 2:10 am.

Kanda's brother Gobind Kanda had said that Haryana Lokhit Party is in touch with five more MLAs, who will extend their "unconditional support" to the ruling party.

It is to be noted that Kanda's party has secured one seat in the Haryana polls and the BJP has won 40 seats in the 90-member Haryana assembly and needs the support of six MLAs to cross the half-way mark to retain power in the state.

After Nadda and Kanda's meeting, BJP MP Sunita Duggal said that she has informed the party leadership about the willingness of other leaders to join BJP.

"I informed our senior leaders about the independent candidates and leaders from other parties, who are willing to extend their unconditional support to us. They are in contact with them," she said.

On Wednesday, after meeting their supporters, Gopal Kanda, Ranjit Singh, also an MLA, along with BJP MP from Sirsa, Sunita Duggal, left for the national capital from the Indian Air Force (IAF) station in Haryana.