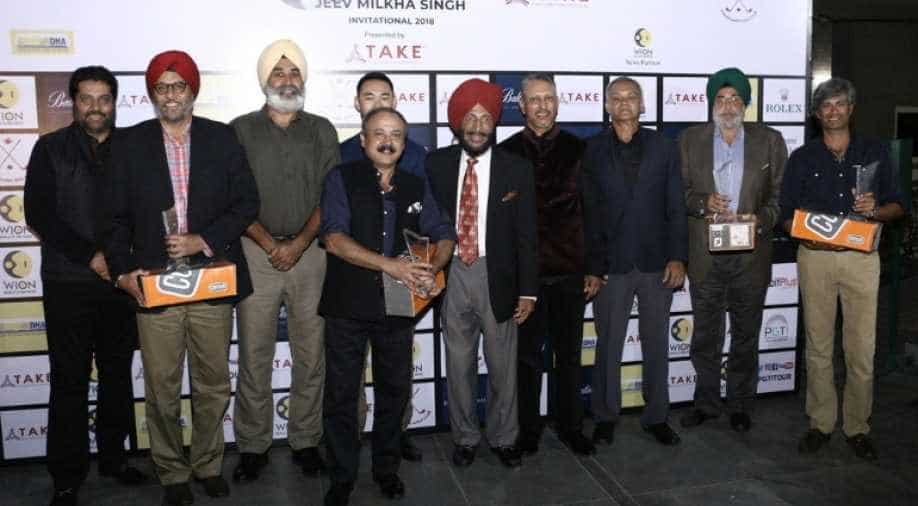 The Professional Golf Tour of India (PGTI) and TAKE Solutions have jointly launched the Jeev Milkha Singh Invitational presented by TAKE Solutions. The tournament will be staged at the esteemed Chandigarh Golf Club from November 1 – 4, 2018.

The tournament, in its third edition, has been renamed from ‘TAKE Open Golf Championship’ to ‘Jeev Milkha Singh Invitational presented by TAKE Solutions’ as a gesture to honour Indian golfing legend Jeev Milkha Singh.

The event which will be staged at Jeev’s home course, the Chandigarh Golf Club, will offer a whopping Rs. 1.5 crore in prize money, the highest-ever for an event in Chandigarh.

The tournament is set to feature one of the strongest fields ever in Chandigarh. The week will see India’s leading golfing stars in action including the likes of Jeev Milkha Singh, Shiv Kapur, SSP Chawrasia, Jyoti Randhawa, Khalin Joshi, Ajeetesh Sandhu and Viraj Madappa, to name a few.

The foreign challenge will be led by the likes of Bangladesh’s Md Siddikur Rahman and Sri Lankans Mithun Perera, N Thangaraja and Anura Rohana.

This is the first time that a PGTI event has been named after an iconic Indian professional golfer. Jeev Milkha Singh conquered uncharted territory over two decades back when he became one of the first Indian golfers to taste success at the international level. Since then he has added many more firsts and Indian records to his name.

Jeev has the rare distinction of being the only Indian to have won the Asian Tour Order of Merit twice (in 2006 & 2008). He has won multiple titles on the European Tour, Japan Golf Tour and Asian Tour and has 14 Major appearances to his name. Jeev has also achieved a career-high world ranking of 28, an Indian record.