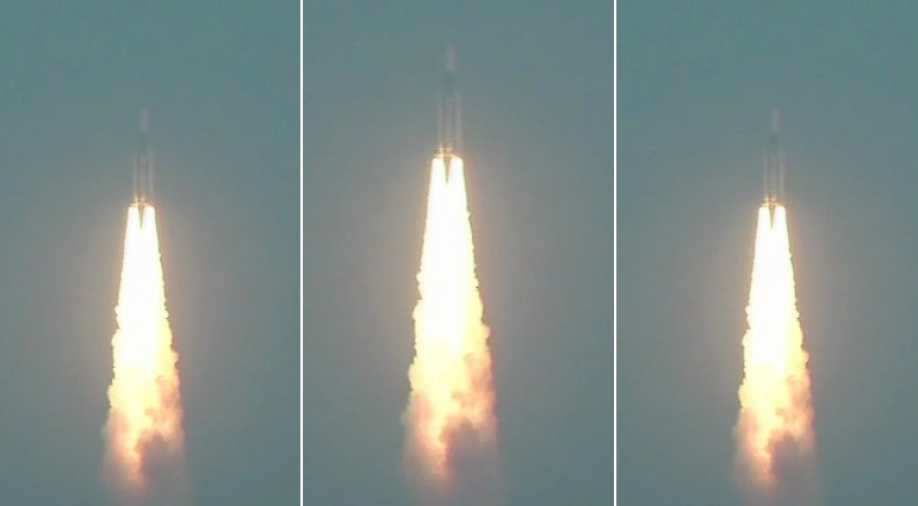 The GSLV-Mk III rocket stands 43.4 metres tall and weighs 640 tonnes. It is carrying the GSAT-29 communication satellite on board.

India's heaviest rocket, the GSLV-MkIII-D2, blasted off from the Satish Dhawan Space Centre in Sriharikota, Andhra Pradesh at 5.08 pm on Wednesday. It carried the GSAT-29 communication satellite on board.

According to the Indian Space Research Organisation (ISRO), the GSLV-MkIII stands 43.4 metres tall and weighs 640 tonnes.

The GSAT-29 satellite on board will boost communications in remote areas.

This satellite will aid the communication needs of Jammu and Kashmir and the Northeast region under Digital India programme of Government of India, said K Sivan, Chairman, ISRO.

This particular satellite is going to provide services to remote place in India, especially in J&K&northeast India under Digital India program of GoI:K Sivan Chairman ISRO after successful launch of GSLV-MK-III D2 carrying GSAT-29 satellite from SDSC in Sriharikota.#AndhraPradesh pic.twitter.com/oYDrbXbJFN

The countdown for the rocket launch began at 2.50 p.m. on Tuesday.

Update #4#ISROMissions
The filling of fuel (UH25) and oxidiser (N2O4) in L110 stage has been completed for today's 17:08 (IST) launch of #GSLVMkIIID2 carrying #GSAT29 from SDSC SHAR Sriharikota. Watch this space for all updates.@PMOIndia pic.twitter.com/QCINRlY7iP

With a design life of 10 years, the GSAT-29 satellite carries Ka/Ku-band high throughput communication transponders intended to meet the communication requirements of users including those in remote areas.

Watch the live telecast on @DDNational at 16:45 (IST) and live streaming on our website https://t.co/PM74Oc8f2u

In addition, several new technologies such as Q/V-band payload, data transmission through optical communication link will be demonstrated. This will help in realising future advanced satellites, ISRO said.

This is 33rd communication satellite built by ISRO and fifth in 2018.