Indian-American Congresswoman to boycott Trump's State of the Union address 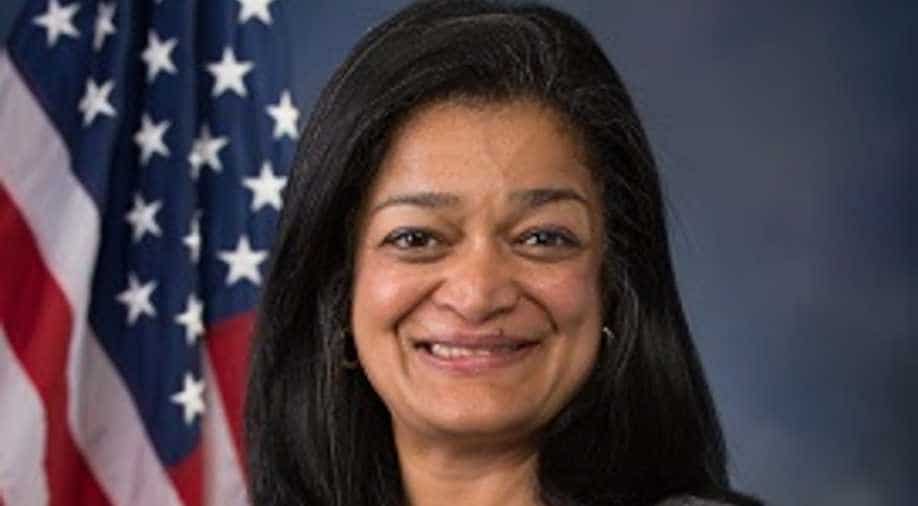 Jayapal said she disagrees with Trump's approach which is 'narrow and self-serving'. Photograph:( Others )

Indian-American Congresswoman Pramila Jayapal has announced that she would skip President Donald Trump's State of the Union address, in protest against his policies and rhetoric against immigrants.

Jayapal, 52, joins more than half a dozen Democratic lawmakers, including the legendary Congressman John Lewis, who will give a miss to the January 30 event.

Other lawmakers who have announced to boycott the event include Frederica Wilson, Maxine Waters, and Earl Blumenauer.

"I would not be attending the State of the Union this year. I join other distinguished members, including Rep. John Lewis, in refusing to dignify a president who has used the platform of the Oval Office to fan the flames of racism, sexism and hatred most recently with his vulgar condemnation of Haiti and other African countries," Jayapal said in a statement.

Jayapal said she disagrees with Trump's approach which is "narrow and self-serving".

"This president has consistently indicated that he has no interest in leading a unified country. He has gone out of his way to play to a small and shrinking base of voters by using language that diminishes and demeans vast swaths of people in our own country and around the world," Jayapal said.

"His path is dangerous. His path is destructive. His path cannot be normalised. I will not normalise it. This is our own form of non-violent resistance," she said.

According to Jayapal, her constituents and people across the country are "heartbroken, terrified and demoralized".

"He does and says things that none of us, as parents, would condone for our children. He consistently uses language that is outright racist. He actively uses the highest office of the land to promote hatred as a political tool for his own benefit," said Jayapal.

"As a brown immigrant female member of Congress, I feel the impact of these words personally, as well as collectively," she said.

Jayapal is the only Indian-American lawmaker to have announced boycotting Trump's State of the Union Address, which is a customary annual address of the US President to a joint session of the Congress.