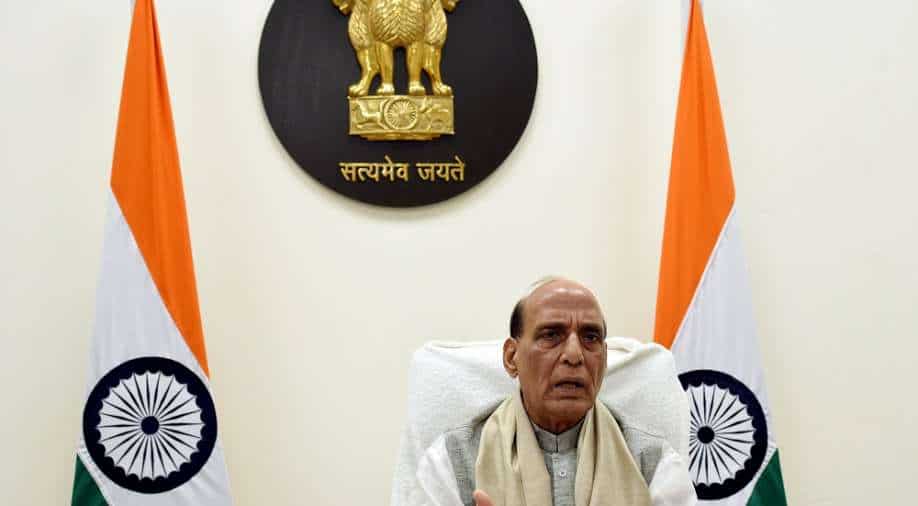 India wants a solution to the border dispute with China through dialogue, the defence minister said and asserted that the government will never compromise on issues of the 'country's borders, its honour and self-respect'

India's Defence Minister Rajnath Singh said on Monday that India wants a solution to the border dispute with China through dialogue and asserted that the government would never allow the sanctity of borders to be violated.

The Modi government has made it clear to the forces that any unilateral action on the Line of Actual Control (LAC) should not be ignored, he said.

The defence minister said that there have been "perception differences" on the border with China. "Despite this, there are some agreements, protocols which the armies of both countries follow to conduct patrols." Referring to the clashes in eastern Ladakh last year, Singh said Chinese forces had ignored the "agreed protocols".

"We cannot allow the Chinese Army PLA to act on the LAC in a unilateral manner under any circumstances.

"That is what the Indian Army did that day in Galwan and bravely confronted the PLA soldiers and forced them to retreat," he said while terming it as a "historic" incident.

India wants a solution to the border dispute with China through dialogue, the defence minister said and asserted that the government will never compromise on issues of the "country's borders, its honour and self-respect".

"We will never allow the sanctity of borders to be violated," he said.

Recalling the Galwan incident, he said the bravery, valour and restraint shown by the Indian Army are incomparable and unparalleled.

In the first deadly clash in the border area in nearly five decades, 20 Indian soldiers were killed on June 15 last year in the Galwan Valley in fierce hand-to-hand combat with Chinese troops, triggering a large deployment of troops and heavy weaponry by both armies at the friction points in eastern Ladakh.

In February, China officially acknowledged that five Chinese military officers and soldiers were killed in the clashes with the Indian Army though it is widely believed that the death toll was higher.

In a significant forward movement towards the restoration of peace and tranquility in the region, the Indian and Chinese armies completed the disengagement process and restored the pre-standoff ground position in Gogra in eastern Ladakh after 15 months.

The development came after the 12th round of military talks between the two sides on July 31 at the Chushul-Moldo meeting point in eastern Ladakh.

Earlier, the Indian and Chinese frontline troops had conducted the first synchronised disengagement at the south and north banks of the Pangong lake in February.

The Army is trained to press the trigger on seeing the movement of the enemy, but the Indian Army has shown both courage and restraint while working with great maturity, Rajnath Singh said.

He said despite this, questions were raised by some opposition leaders on the Army's capability.

The defence minister said India has learnt a lot from the 1962 war against China.

On improving infrastructure, he said that the Atal Tunnel project in Rohtang, which was on hold for a long time, was completed by the Modi government. "This tunnel has strategic importance," he said.

The Border Roads Organisation is developing infrastructure projects and all-weather connectivity was being given to Ladakh, he said, adding work on several alternative roads has started.

The minister said it will also help the people who live in border areas as these people have "strategic importance for us".

"Keeping their interests in mind, it is necessary to strengthen the border infrastructure," he said.

Referring to the situation in the Northeast, the minister said an era of peace has come in this region in the last seven years.

There was a time when the entire region was in the grip of insurgency, he said and dubbed the restoration of peace in the Northeast as the "biggest strategic victory" of Prime Minister Narendra Modi's tenure.

The minister said the government has succeeded in controlling Left Wing Extremism as well in the last seven years.