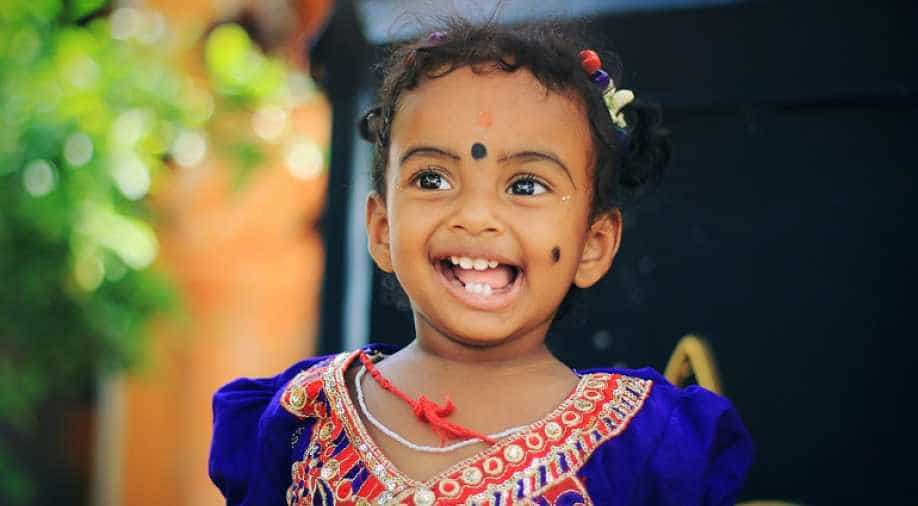 The government said the country also recorded a major drop in birth cohort (the number of people born in one year) which for the first time fell below 25 million.?(Representative image. Source: maxpixel.freegreatpicture.com) Photograph:( Others )

Almost half of the districts in India are not on track to reduce the mortality rates of newborns and meet the target set under the Sustainable Development Goals for 2030, a study has found.

India still has the world's highest number of deaths among children under five and newborns, around 1.1 million per year.

The study, by Jayanta Bora and Nandita Saikia from Austria-based non-profit International Institute for Applied Systems Analysis, is the first to evaluate neonatal and under-five mortality at a district level in India, as well as a state level.

Under the World Health Organization's Sustainable Development Goal 3 (SDG3), all countries should aim to reduce neonatal mortality to 12 deaths per 1,000 live births per year, and under-five mortality to a maximum of 25.

Researchers used data from the National Family Health Survey, a survey of the full birth history of women aged 15-49, carried out most recently in 2015-16, and used the data from the previous round conducted in 2005-06 to model future trends.

They found that the various measures employed in India have cut the number of deaths of under-fives by around half in in the past 23 years, from 109 deaths per 1,000 live births in 1990 to around 50 in 2013, but this is still double the target.

The number of neonatal deaths remains around 2.4 times higher than the target, at around 29 deaths per 1,000 live births.

The picture, however, is very complex. For example, the under-five mortality rate for boys in the South West district of Delhi is 6.3 per 1,000 live births, well within SDG3 targets.

However, in Rayagada in Odisha, the mortality rate is 141.7. The researchers found that just nine per cent of districts in India overall have so far reached the SDG3 targets for neonatal mortality, with 14 per cent reaching the targets for under-five mortality.

The vast majority of the worst performing states on mortality rates are in the poorer states of north-central and eastern India, although there are some high-risk districts in richer, more developed states such as Andhra Pradesh and Gujarat.

Almost all districts in the most populous states of Uttar Pradesh, Bihar, Madhya Pradesh, and Chhattisgarh will fail to achieve the SDG3 goal on neonatal mortality.

In Uttar Pradesh, the research showed that not a single district would meet the target for under-five mortality.

There is also some variation between genders. The female neonatal mortality rate is below that of males, which is expected as this is the global trend.

However, this is not the case with under-five mortality, indicating gender discrimination.

"The state-level mortality rate does not reflect the inter-district variation in neonatal or under-five mortality rates," said Bora.

"While some districts of a particular state may already have achieved the Sustainable Development Goal 3 (SDG3) target 15 years in advance, some districts will not achieve this even by the 2030 target time," he said.

"Mortality rates vary enormously across the districts," he added.

Much of the variation is likely due to socioeconomic and geographic disparities. District-level female literacy rates vary from 24-89 per cent while urbanisation ranges from 0-100 per cent.

There are also large differences in the implementation of mortality reduction schemes and the accessibility and availability of healthcare.

"It is important to note that India experienced the highest reduction in mortality rate in the period 2005-2016. Therefore, to achieve the SDG-related mortality goals at the district level, it needs to intervene more rigorously than ever," said Saikia.

"The majority of Indian districts need to make a giant leap to reduce their neonatal and under-five mortality rates," he said.