In 3 terms as MP, Rahul Gandhi has done nothing for Amethi: Nirmala Sitharaman at 'India ka DNA' conclave 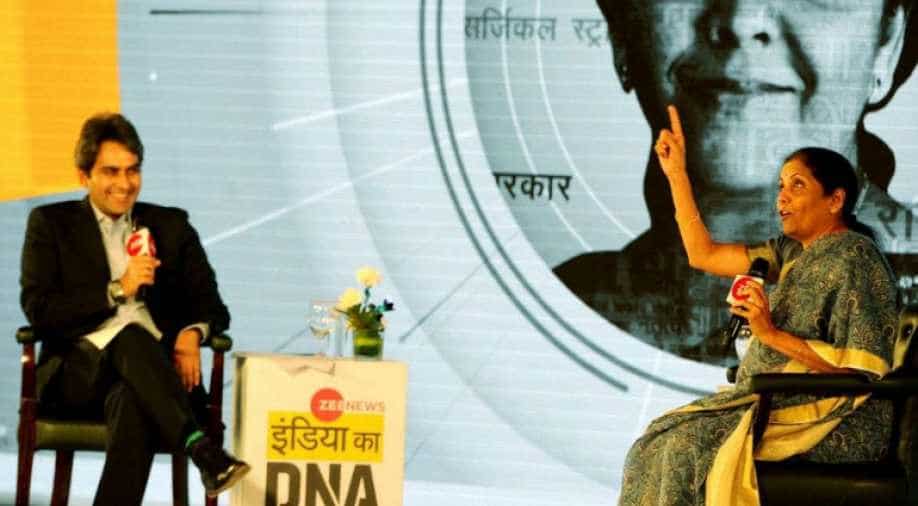 Sitharaman said it was because of this — the lack of development in Amethi — that Rahul had chosen to also fight the Lok Sabha polls from Wayanad in Kerala.

Union Defence Minister Nirmala Sitharaman said on Monday that in three terms as a member of parliament from Amethi, Congress president Rahul Gandhi has nothing done for his constituency.

Sitharaman made her comments at Zee News's 'India ka DNA' conclave in Delhi. She was in conversation with Zee News Editor-in-Chief Sudhir Chaudhary.

"Amethi is so backward," she said. Nothing has been done for it.

"Smriti Irani, despite losing, has done something for Amethi," Sitharaman added.

Irani, the union minister for textiles, had lost to Rahul in 2014. She will fight him again from there in 2019.

Sitharaman added that Rahul had asked no questions about Amethi in parliament in his three terms as MP.

Sitharaman went on to say that it was because of this — the lack of development in Amethi — that Rahul had chosen to also fight the Lok Sabha polls from Wayanad in Kerala.

He's gone there for "safety", she said.

Chaudhary reminder her at that point that "over 50%" of Wayanad's population is made up of minorities.