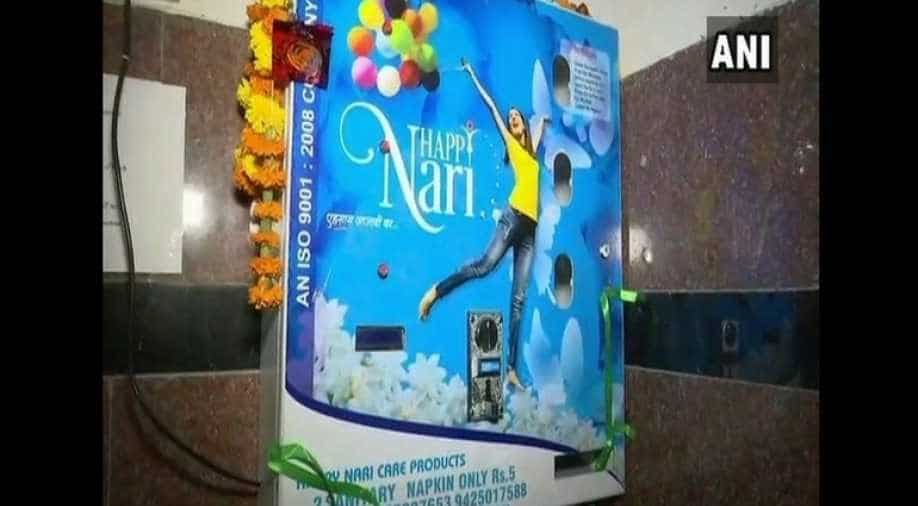 The machine installed at the station is called "Happy Nari" and the napkins will be available at Rs 5 each.

Other than the sanitary napkin station, the railway station will also have a breastfeeding cubical and have plans to further extend the services.

In the presence of Arun Kumar Jain, Divisional Railway Manager, Hyderabad, the facility was inaugurated by a woman employee of the SCR.

Speaking to ANI, Jain, said, "For the benefit of women passengers, separate waiting hall, restrooms and a cubic cell for breastfeeding will be provided on every platform."

"The Kacheguda station caters to about 17,000 women passengers on a daily basis. As an initiative of this, we even installed a sanitary napkin dispenser in Kachiguda Railway Station with the capacity to dispense 75 napkins in a single refill and they can purchase two napkins at a very affordable price of Rs 5, he added."

Jain also said that the incinerator machines that are installed are the first of its kind facility in railway stations in the city.

"The incinerator machine can dispose of 200 used napkins per day and is the first of its kind facility in railway stations in the city. These machines are costing about 48,000/- each. This was donated by the women's welfare organisation of South Central Railway. We are even planning to install the same in Nizamabad and Kurnool railway stations," he said.