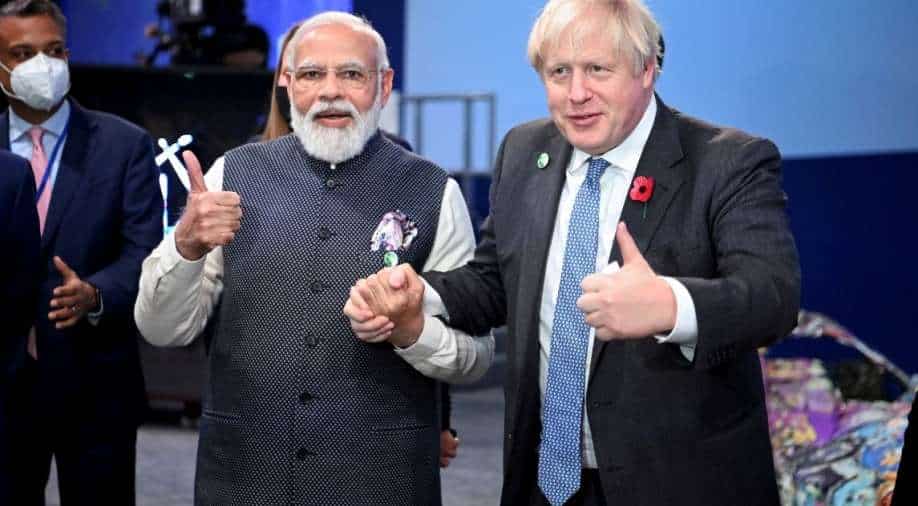 Ahead of his visit, UK PM said, "India, as a major economic power and the world's largest democracy, is a highly valued strategic partner for the UK in these uncertain times"

The United Kingdom Prime Minister Boris Johnson will begin his India visit next week from the western state of Gujarat. The UK PM will be on a two-day India visit, from April 21 to 22.

On Thursday (April 21), Johnson lands in Gujarat where he is expected to announce a major investment in key industries. On Friday, he will hold talks with Indian PM Narendra Modi in Delhi.

Gujarat is the home state of PM Modi and with key diaspora connections, the state is the ancestral home of around half of the British-Indian population in the UK.

It is rare for any visiting head of government or state to begin a visit from outside of New Delhi and shows an outreach to London at a provincial level.

Ahead of his visit, UK PM said, "India, as a major economic power and the world's largest democracy, is a highly valued strategic partner for the UK in these uncertain times."

He is the first European head of government to visit India since the Russian invasion of Ukraine, something that will dominate the agenda. Johnson was on a secret visit to Ukraine during which he met Ukrainian President Volodymyr Zelensky and reaffirmed strong support.

Johnson in his remarks on the visit to India said, "As we face threats to our peace and prosperity from autocratic states, it is vital that democracies and friends stick together".

Just last month, UK Foreign Secretary Liz Truss was in Delhi as part of a "wider diplomatic push" amid the Russian invasion of Ukraine.

Trade, UK's Indo Pacific tilt are other key focus areas during the visit. India and UK have had two rounds of talks on the free trade agreement, the third will start later this month.

The UK PM pointed out, "My visit to India will deliver on the things that really matter to the people of both our nations – from job creation and economic growth to energy security and defence."

India has been identified as a priority relationship for the UK in the 2021 Integrated Review and was invited as a guest to last year's G7 in Carbis Bay.

This is the first visit by Johnson to India as the PM of the UK. Both Indian PM Modi and British PM Johnson met last year in November on the sidelines of the Glasgow climate summit.

Last year, twice the UK PM's India visit was cancelled. First in January, when he was the chief guest at India's Republic Day, but due to the COVID-19 crisis in his country, it could not materialise, and then in April, when India was in the midst of a pandemic wave.