First-of-its-kind home for transgenders to come up near Chennai, other cities to follow 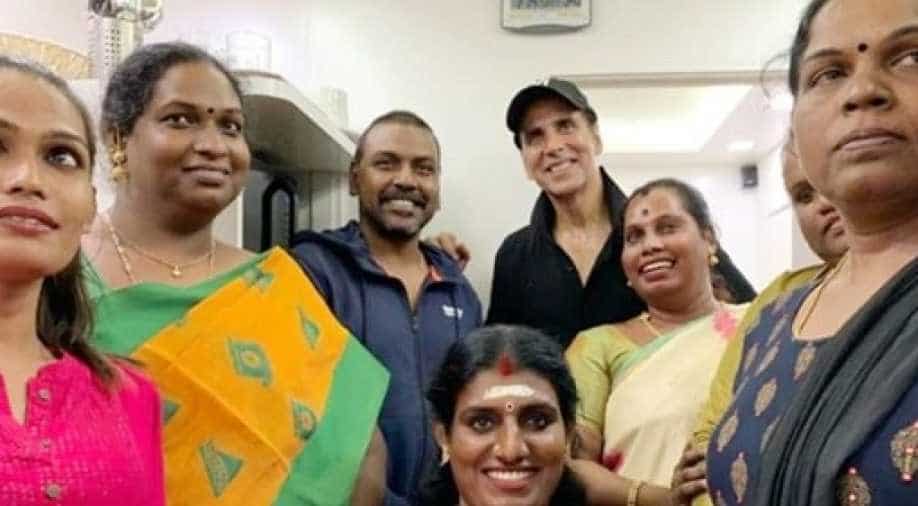 Members of the transgender community with actors Akshay Kumar and Raghava Lawrence in Mumbai.  Photograph:(WION)
Follow Us

This is the first in the series of homes that are being planned in other Indian cities including Mumbai, Hyderabad and Bangalore.

In a huge relief for the transgender community, a first-of-its-kind home, spread across 7200 square feet that would offer shelter, livelihood training, support and care is to come up within a year at Poonamallee, on the outskirts of Chennai city.

This is the first in the series of homes that are being planned in other Indian cities including Mumbai, Hyderabad and Bangalore.

Tamil Nadu has had a vibrant transgender community where many are employed as lawyers, police officers, doctors, television personalities etc. However, when it comes to shelter there aren’t many facilities available to them. “We usually hire rooms on a rental basis and there are time restrictions as well. While there are a few homes provided by the government for our community, they are relatively small and house the elderly transgender people and also serve as learning centres for the younger members of the community. But our new home will have three buildings and can accommodate over 150 members. We will be having the bhumi-puja and foundation stone laying within 20 days and hope to have it ready for occupation within a year” Jaya, a transwoman and General manager of Sahodaran, an NGO that works for the LGBTQ community, told WION.

The home is aimed at supporting the teenagers who are ostracised from society and shunned from their own homes after their sexual identity is revealed. “During our youth, we found it very difficult to find a place to stay, we couldn’t continue our studies and were often misled. For the coming generations, a home like this would make a huge difference and can prepare them for the challenges of life. Not only can they continue their education, but they can also be imparted skills such as dance, handicrafts, sketching etc. They can stay at home until they feel they can live independently. We intend to make it open to transgenders from across India” said Renuka Devi from Snehidhi, an organization that works for the community.

The home is not just meant to include transgenders, but would also have two additional buildings for children and the differently-abled, who would be cared for by the transgenders. “We transgenders can't have children but will raise them there and take care of them like our own. This would be the first of its kind facility, where we would be able to take care of children and the differently-abled. We would be able to live a peaceful life here as there are no fixed limits to how long we can be here. Most homes have a limit of three months, but here we allow people to stay until they feel they can sustain on their own” Priyanka, a transwoman and cultural team leader at Sahodaran told WION.

The idea of the home had come up during a discussion between Tamil Actor Raghava Lawrence and Bollywood Actor Akshay Kumar during the filming of Laxmmi Bomb. Lawrence was speaking to Kumar on his Charitable Trust that has been initiating various projects for education, home for kids and the differently-abled.

“Our trust is now entering into its 15th year. So during Laxmmi Bomb shoot I was talking to Akshay Kumar sir about the trust projects and transgender’s home, immediately after hearing this without even me asking he told he will donate 1.5 cores for building transgender’s home” Lawrence who is directing the Akshay Kumar-starrer, posted on Facebook.

“Ever since his film Kanchana, actor Raghava Lawrence has interacted with the transgender community and his perception has changed. Lawrence offering us the land and Akshay Kumar helping with the funds for construction is the largesse and kind-heartedness of a group of people who believe in our work. When our people went to meet Akshay Kumar in Mumbai, they just wanted to express the challenges faced by the community, but he handed a cheque without batting an eyelid. Full credit to Raghava Lawrence for helping the transgender community and also reaching out to Akshay Kumar to get the work going in full swing” Sunil Menon, the founder of Sahodaran told WION.

Laxmmi Bomb is an upcoming Hindi-language comedy-horror film written and directed by Raghava Lawrence in his Hindi directorial debut. It is a remake of the Tamil film Muni 2: Kanchana and stars Akshay Kumar and Kiara Advani.