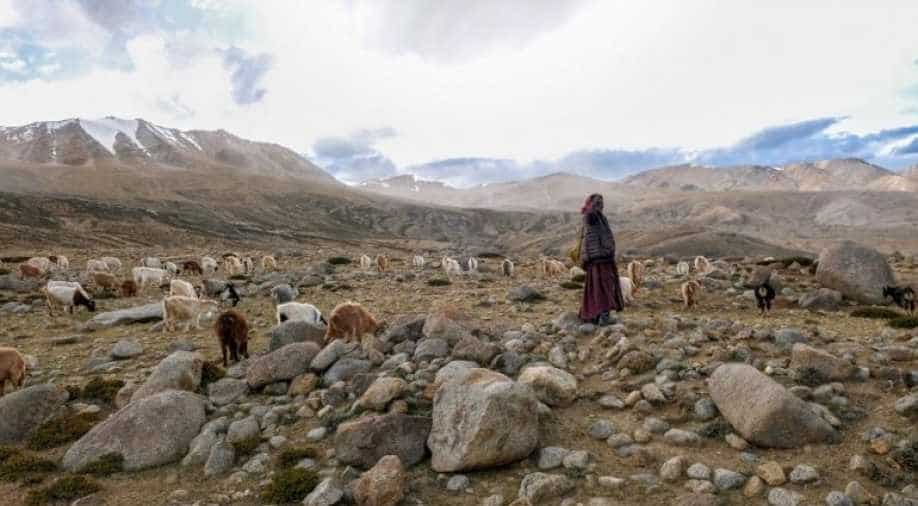 Earlier, Ladakh had recorded 77 cases, of which 43 have already recovered from the disease and subsequently released from hospitals.

A normal delivery was conducted at a COVID hospital for the first time in Ladakh, where three cases were reported on Sunday, taking the tally in the Union Territory to 80, an official bulletin said.

The normal delivery was conducted at the dedicated COVID-19 hospital in Kargil district on Saturday and the condition of both the mother and the baby is stable, a media bulletin issued by the Directorate of Health Services, Ladakh, read.

It said three people -- two from Leh and one from Kargil -- tested positive, while four patients of Kargil district were cured and discharged from the hospital.

Earlier, Ladakh had recorded 77 cases, of which 43 have already recovered from the disease and subsequently released from hospitals.

With this, Ladakh now has 30 active cases with 23 in Kargil and seven in Leh district.

Meanwhile, District Magistrate, Kargil, Baseer-ul-Haq Choudhary visited different parts of the town on Saturday evening and found several shopkeepers violating the lockdown norms, besides a number of people were found not wearing masks.

Choudhary gave on the spot directions to the officers concerned to seal 10 shops for violating the standard operating procedure (SOPs) and guidelines while several youth were fined for not wearing masks, an official spokesperson said.

Later, the district magistrate, who is also chairman of the District Disaster Management authority (DDMA), issued an order for imposition of fine for not wearing masks in public and workplaces and also spitting in public.

According to the order, a penalty of Rs 500 would be imposed in both the cases.