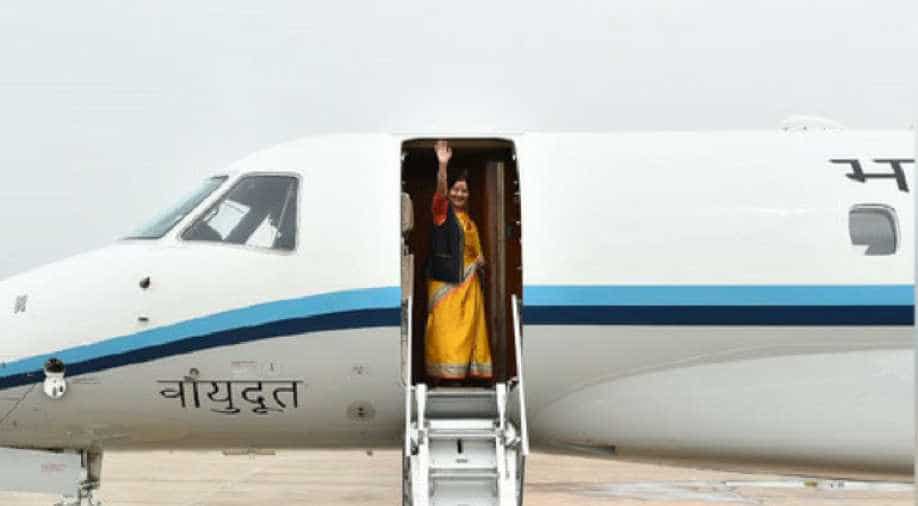 Swaraj will be visiting Kazakhstan, Kyrgyzstan, and Uzbekistan from August 2 to August 5.

It should be noted that it is her first trip to these countries as External Affairs Minister.

Ministry of External Affairs spokesperson Raveesh Kumar took to Twitter and wrote,"Advancing our growing engagement with an extended neighbourhood! EAM @SushmaSwaraj embarks on a visit to 3 Central Asian countries - Kazakhstan, Kyrgyz & Uzbekistan - from 2-5 August. This will be her first visit to these countries as EAM."

During her visit to Astana, Kazakhstan, Swaraj will hold a bilateral meeting with Minister of Foreign Affairs of the Republic of Kazakhstan Kairat Abdrakhmanov. She is also scheduled to interact with the Indian community in the country.

In the second leg of her visit, Swaraj will meet the Minister of Foreign Affairs of the Kyrgyz Republic Erlan Abdyldaev and also call on the leadership of the country.

In the final segment of the trip, the Minister of External Affairs will visit Tashkent, Uzbekistan on August 4. The minister will also hold in-depth discussions with Minister of Foreign Affairs Abdulaziz Kamilov.

Swaraj is also scheduled to address the ideologists and members of the Indian community in Uzbekistan.

She will also offer tribute at the memorial of former Prime Minister of India late Shri Lal Bahadur Shastri.

The visit to the three nations is aimed at enhancing engagement with this region which is India's extended neighbourhood. It will also provide an opportunity to hold in-depth discussions with the political leadership on a wide range of global, regional and bilateral issues and will advance India's growing engagement with the Central Asian Region.