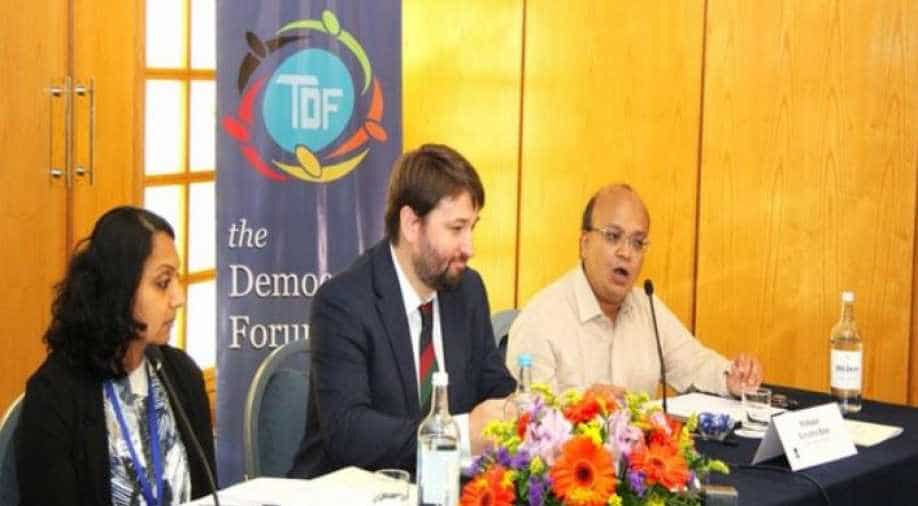 A panel of experts from the fields of economy, academia, security and trade on Thursday emphasised on stronger bilateral relations between India and the UK at an event titled 'Global Britain and India: A New Special Relationship' in London.

The seminar which was organised by the Democracy Forum in collaboration with the Henry Jackson Society brought out the positives guiding the bilateral relationship between the two nations, apart from discussing various hindrances and roadblocks. It was well attended with the audience including representatives from the Foreign and Commonwealth Office, think tanks and business organisations including the City of London Corporation, London Chamber of Commerce and Industry, British South India Council of Commerce and Sibylline Ltd.

Foreign and Commonwealth Office Director for South Asia and Afghanistan Gareth Bayley in his address stated that the UK-India relationship went beyond trade and investment as the two nations were also partners in being a global force for good, showing commitment to eradicating extreme poverty by 2030 and expanding access to sustainable energy.

He said, "Indeed! It's a very timely moment to have this seminar, and I think the Henry Jackson Society and the Democracy Forum have really come together to make for a really strong and rich in debate. Why is it important? For the simple reason, I think if global Britain has to succeed, it must succeed with its good friend - India. That's the headline".

He further said, "And, what we had with Prime Minister Modi's visit only recently to the United Kingdom was a strong affirmation of our relationship with the prospects of world and centre around the technology partnership above all, but it goes much wider than technology. It goes to issues of shared values, shared traditions and global partnership for global good".

Similarly, Director of the Henry Jackson Society Alan Mendoza said that Indian Prime Minister Narendra Modi had shown that he was willing to shatter, where possible, the constraints or stumbling blocks in the relationship.
Mendoza assessed that in spite of problems, there were many opportunities in the relationship between the two countries, for instance in diplomacy, trade and anti-terrorism cooperation.

Another speaker in the seminar, Asian Affairs magazine Editor Duncan Bartlett in his address spoke of India's 2016 as a success story and stated that Prime Minister Modi's large-scale reform programme had achieved much including improved e-commerce, safer trains and a more reliable insurance and one of the fastest growing economies in the world.

Dr. Champa Patel of the Chatham House raised the issue of visa allocations and emphasised that anti-terrorism legislation was being used to deport highly skilled Indian workers. She warned that unless Britain could bridge these differing narratives, it was in the danger of losing its special relationship with India.

Shadow Secretary of State for International Trade and Chair Barry Gardiner also stressed the need to not only look into the glitches in the Indo-British relations with regard to visas but also to identify the real problems in security cooperation, in order to overcome them.

He pointed out that India and Britain have much to talk about their bilateral relationship in sectors such as defence, education, tourism, energy and information and technology, and this must happen at the central level.