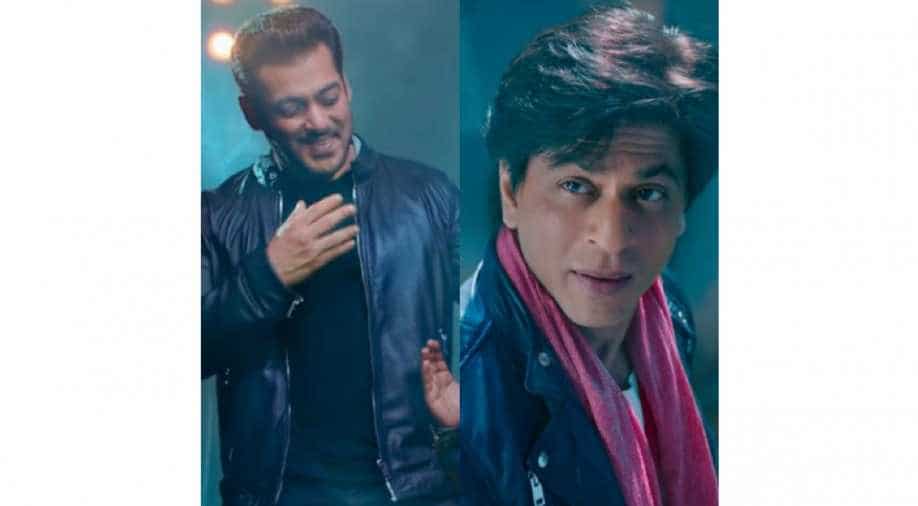 Shah Rukh Khan and Salman Khan are here to give you feels of Karan Arjun when the two starred in the film as brothers and became one of the biggest hit onscreen sibling jodi in Bollywood. Releasing the Zero teaser, a day in advance than planned -- Shah Rukh and Salman offer double bonanza to those who wanted to see their pairing on the big screen again.

Calling it an Eid special teaser, Salman Khan enters the frame to introduce the character of Shah Rukh Khan in the film -- who happens to play the lead in the film. Shah Rukh’s name in the film is Bauua Singh.

The teaser begins with the voice over from Javed Jaffery at a dance competition. Shah Rukh enters the frame to only be followed by Salman. The two then dance and brighten up the stage.

It was first said that the teaser will release on Eid and that it will be attached to Salman’s film Race 3 that is scheduled to release on June 15.

Interestingly in the teaser, Shah Rukh wears a t-shirt with Katrina Kaif’s face printed on it. Apart from Shah Rukh and Katrina Kaif, the film also stars Anushka Sharma.

Earlier, Shah Rukh shared a selfie with director Anand on Thursday morning as they waited to share the teaser. Shah Rukh wrote: “Waiting for the link to reach us so that we can put the Zero Teaser out. @aanandlrai & me waiting on the streets of America to wish Eid to everyone. Just a few moments more!!! #ZeroCelebratesEid.”

Waiting for the link to reach us so that we can put the Zero Teaser out. @aanandlrai & me waiting on the streets of America to wish Eid to everyone. Just a few moments more!!! #ZeroCelebratesEid pic.twitter.com/ps2hji0PGb

Zero has been directed by Aanand L Rai and is slated to release on December 21.