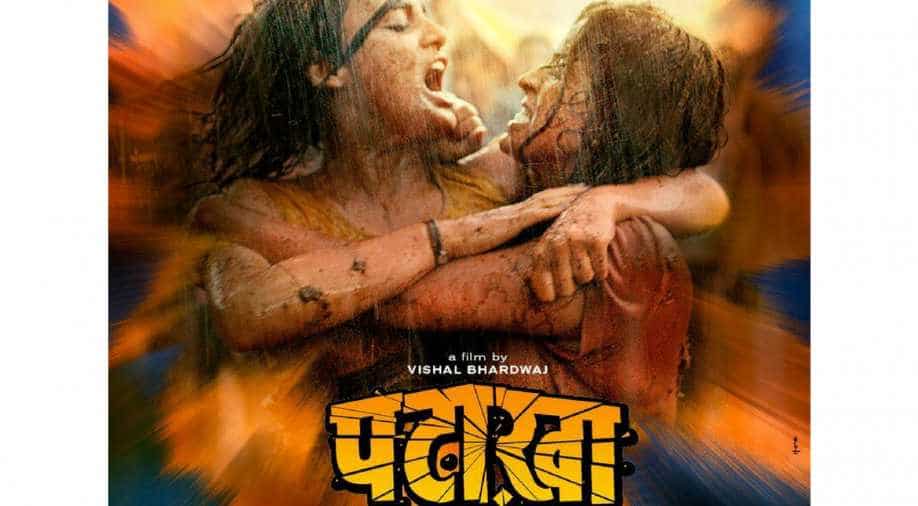 Vishal Bhardwaj’s next directorial venture is an interesting story of two sisters who are constantly at war. Releasing the first poster of the film, Patakha looks like an intriguing story of siblings.

Taking on the story of siblings, the film revolves around Badki and Chhutki (which literally means elder and younger sister) who grow up in a small village in Rajasthan and are always fighting with each other. The story takes a turn when they are separated after marriage as they realise that they can’t live without one another.

In a statement, the filmmaker said, "The first half is complete, we have just 12 days of shoot left and leave for Mount Abu on 29 June for the final schedule."

The story of Patakha has been adapted from the story of renowned writer Charan Singh Pathik's short story.

The film is being produced by Anil Kapoor who revealed that he has been wanting to collaborate with Bhardwaj for a long time. Kapoor said, "He's a big brand and I love his cinema. And when I heard the script from him, I fell in love with it. This is a different genre."

Patakha will release on September 28.