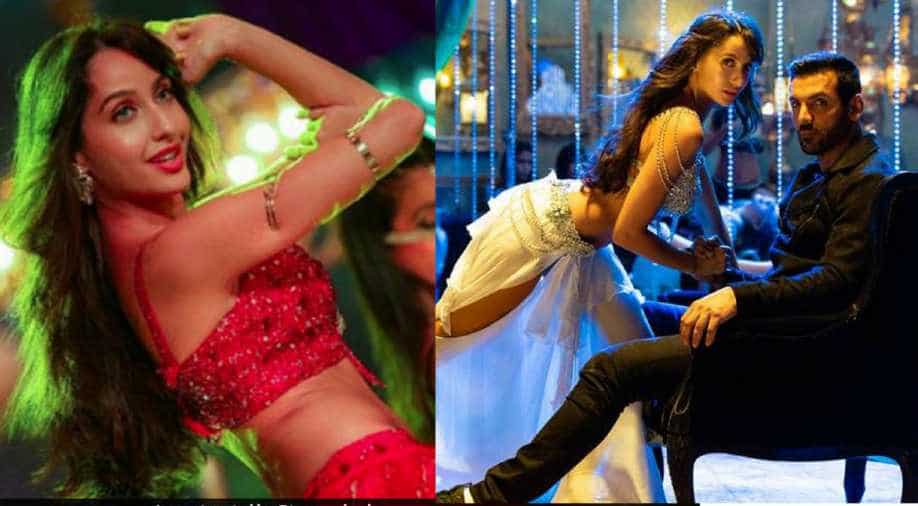 The Moroccan beauty, Nora Fatehi astound the viewers with her moves in the song 'Dilbar' from the upcoming film 'Satyamev Jayate'.

The song also features John Abraham in action and is  sung by Neha Kakkar, Dhvani Bhanushali and Alka Yagnik and the modified lyrics are penned by Shabbir Ahmed (awarded for the best lyricist).

The song is a recreated version of 1999  chartbuster 'Dilbar Dilbar' from the film 'Sirf Tum'. The reprised version looks inspired from the famous song that featured Sushmita Sen.

Nora previously shared a glimpse of her song on her Instagram handle with the caption,  "Excited for this one! #Dilbar releases in just 2 days! Stay tuned! "

Talking about the song, she previously said in a statement,“Doing a remake of an iconic song is always nerve-racking because you never know if you can actually do justice to it. Sushmita Sen was iconic in the song and I hope I match up to her. I’m so lucky to have got this chance and thankful that Nikkhil Advani sir, Bhushan Kumar sir and Milap Zaveri sir trusted me to be able to do a song like this. The take on the song is very unique and different. I am sure this song will become a rage with the audiences”.

Incidentally, Nora Fatehi choreographed her own dance moves as she is well-versed with belly dancing. In the video 'Dilbar', she takes inspiration from internationally renowned Turkish Belly Dancer, Didem.

While Sushmita Sen's version of the song remains well-etched in everyone's mind two decades later, we will have to wait and watch it Nora is able to create the same magic.

The films also stars Manoj Vajpayee and John Abraham- who plays the role of a police inspector.