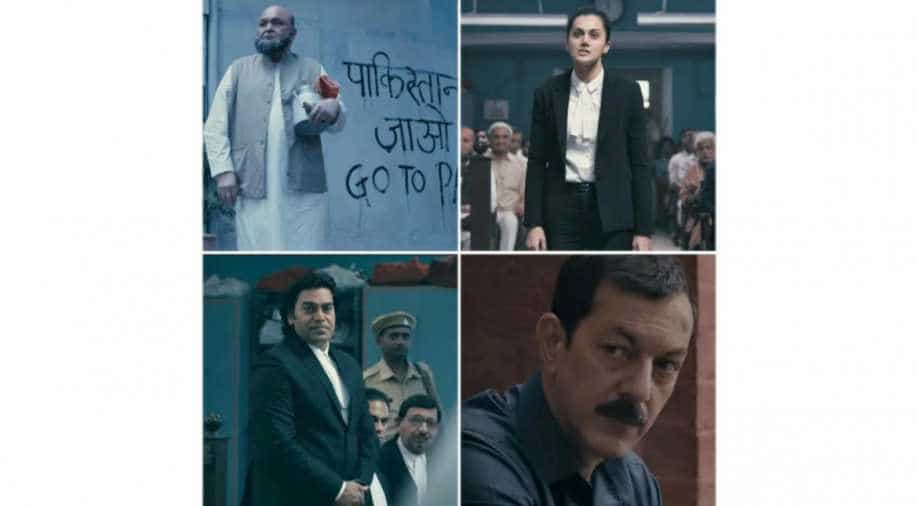 Taapsee Pannu is here to remind us of Pink, the film that she did with Amitabh Bachchan as a survivor of physical assault -- with her upcoming film Mulk starring Rishi Kapoor, Neena Gupta, Rajat Kapoor, Manoj Pahwa and Kumud Mishra.

As the trailer of the film Mulk released today, director Anubhav Sinha brings yet another crime drama that he excels in making. He is the thinking hat behind Dus and Gulaab Gang (as a producer).

In the trailer, Rishi Kapoor acts as a helpless yet strong Muslim patriarch who defends his love for the country even though the odds are not in his favour. This, when his son played by Prateik Babbar goes astray and becomes a terrorist. When he is killed in a crossfire with the armed forces, his entire family is labelled terrorists, accused of running a covert terrorist training camp within the premises of their Varanasi residence. Rishi Kapoor then takes the help of the court to prove his innocence. Taapsee plays his lawyer. See the teaser here.

Ashutosh Rana serves as the defence lawyer who is out to get Rishi Kapoor’s family.