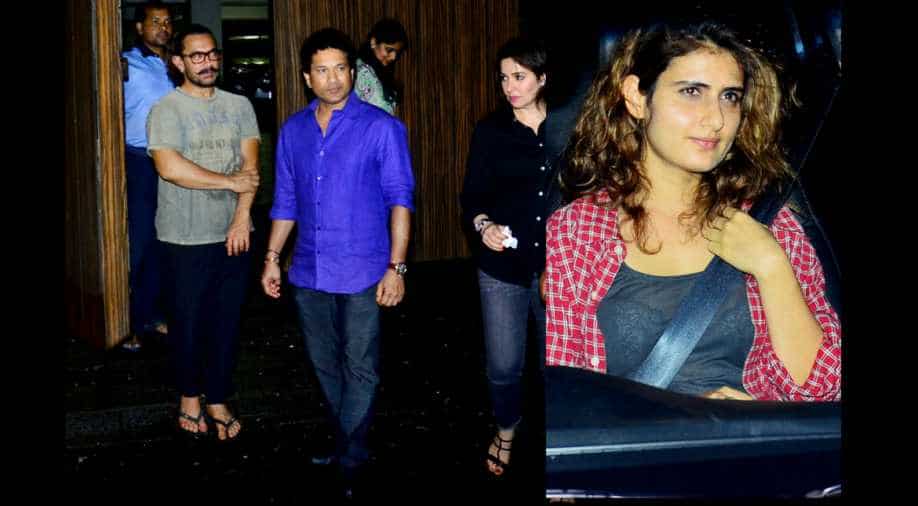 Now is not the time to get over Bollywood parties as Aamir Khan hosted a lavish dinner party yesterday for his friends from the entertainment industry, just two days apart from the grand engagement bash hosted by Mukesh Ambani in his Mumbai residence for son Akash Ambani.

The party saw many familiar faces as Varun Dhawan, cricketer Sachin Tendulkar with wife, filmmaker Ashutosh Gowariker with wife and others were spotted mingling with the star.

On Instagram, a celebrity identified as Magic Singh shared photos of him partying with the likes of Aamir and Sachin. He kept the guests entertained with his tricks. He later posted all photos of self with the celebrities.

An absolute pleasure being hosted by Aamir Khan for a private dinner party. Thank you @avigowariker and @shaziaqg for arranging such a lovely fun evening ??❤️ @_aamirkhan #aamirkhan#bollywood#lagaan#jodhaakbar#mumbaimagic

Such a lovely surprise by Aamir Khan to invite the Legendary @sachintendulkar to watch my private show! Big Love to @avigowariker and @shaziaqg for making this happen:) ??? @_aamirkhan #sachintendulkar#cricketlegend#mumbaimagic

As she went to attend Khan’s party, his co-star of Dangal posted: “@magicsinghamazing!!!” Fatima Sana Shaikh also posted videos from the bash in which Varun Dhawan and Aamir Khan are watching Magic Singh’s tricks with awe. Magic Singh posted on his social media account, “An absolute pleasure being hosted by Aamir Khan for a private dinner party. Thank you @avigowariker and @shaziaqgfor arranging such a lovely fun evening”

Aamir will next be seen in Thugs of Hindostan with Amitabh Bachchan and Fatima Sana Sheikh in Vijay Krishna Acharya’s next film. The film is slated to release on Diwali and also stars Katrina Kaif and Amitabh Bachchan.