Elephant killed after being fed with pineapple stuffed with crackers 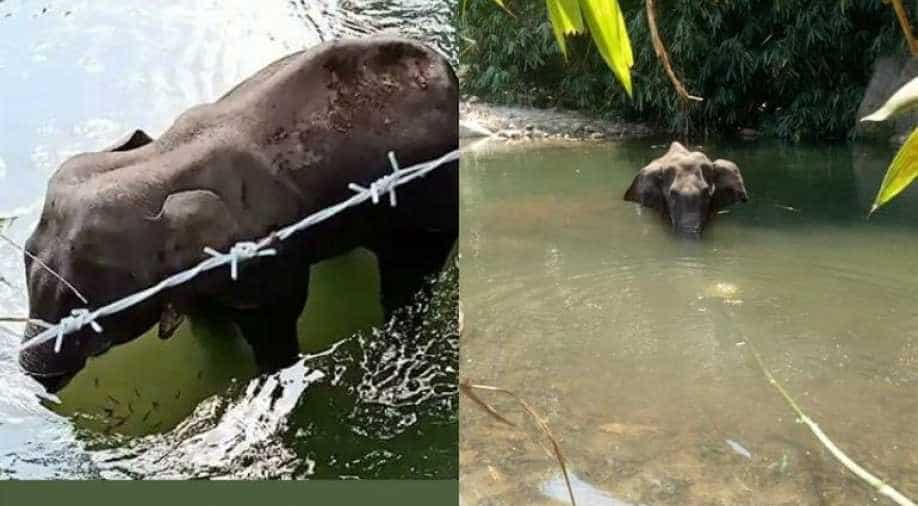 The poor elephant has her mouth and trunk in the water--- perhaps trying to find some relief from the pain.

An elephant in the Indian state of Kerala died after she was fed a pineapple stuffed with crackers.  The crackers burst in her mouth.

She was badly injured. She walked in pain for days. She was hungry, but couldn't eat with an injured mouth. Finally, she walked up to a river and stood there. 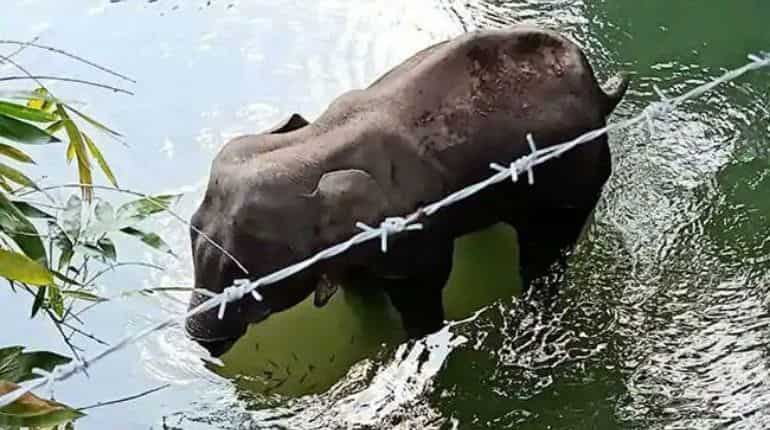 The poor elephant has her mouth and trunk in the water--- perhaps trying to find some relief from the pain.

The forest official who posted the picture and narrated the elephant's story said that "she had a sixth sense that she was going to die".

Forest officials tried to help her, two elephants were brought to lead her out of the river but nothing worked and the injured elephant died on May 27.

And that's not it, the autopsy report revealed that the elephant was pregnant. The baby was murdered along with its mother.

It is animal cruelty at its worst and inhuman. Reports say the elephant meandered into the village in search of food.

She was pregnant and her desperation drove her out of her habitat. Animals do not enjoy walking into villages or destroying farms leave alone entering a city packed with humans, cars and pollution.

From the leopards in Mumbai's Borivali to the tigers in Sunderbans or this pregnant elephant. It is the same story.

Humans encroach into their territory drive them out of the wild that results in killing them when they come looking for food or capturing them and putting them in zoos.

Reports claim that pineapples laden with explosives are a common practice in Kerala. They are used by locals to protect their field from wild boars.

Now an FIR has been lodged. There should be exemplary punishment. When humans show cruelty we call them animals.

The fact is humans are the only animals who have proven to be capable of such cruelty.