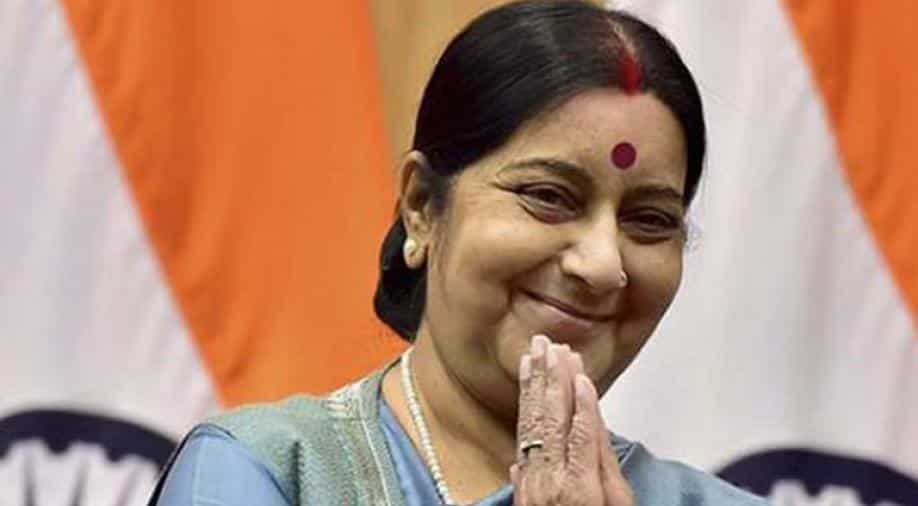 The India-China face-off over Doklam was resolved through "diplomatic maturity without losing any ground" and status quo has been maintained, External Affairs Minister Sushma Swaraj said today.

Swaraj told the Lok Sabha that the main objective of the informal summit between Prime Minister Narendra Modi and Chinese President Xi Jinping at Wuhan was to ensure mutual comfort, mutual understanding and mutual trust between the two leaders and all the three objectives have been achieved.

"We have resolved the Doklam issue with diplomatic maturity without losing any ground. There is no change in the status quo (on the ground). There is not an iota of change. The face-off at sight has been resolved on August 28, 2017," she said during Question Hour.

The External Affairs Minister said the Wuhan informal summit was held without any agenda and without having any objections to discuss any specific issue.

Before the summit, the foreign ministers of the two countries decided that the leaders should not be restricted to any specific issue, she said.

"The decision to host Wuhan was taken not to resolve any issue but to create a conducive environment. Three main objectives were to ensure mutual comfort, mutual understanding and mutual trust. In all the three objectives, we have achieved success," she said.

Swaraj said as a follow up to the Wuhan summit, the Chinese Defence Minister is coming to enhance military cooperation while the Foreign Minister will arrive later this year as part of efforts to enhance the people-to-people contact.

The first informal summit between Modi and Jinping was held at the Chinese city of Wuhan on April 27-28.

India and China were locked in a face-off in the Doklam area of the Sikkim sector for over 50 days after Indian troops stopped the Chinese Army from building a road in the area.

China claimed it was constructing the road within their territory which India had objected saying the territory does not belong to China.

To another query, Swaraj also made it clear that the boundary dispute between Bhutan and China was continuing and it was a matter between those two countries.

"Our concern was related only to the tri-junction area (India-Bhutan-China)," she said.

Trinamool Congress member Sugata Bose said that since the external affairs minister was not present in Wuhan and Prime Minister Narendra Modi was present in the House, he should make an intervention and disclose what had happened in his informal summit with the Chinese leader.

Swaraj dismissed the suggestion, saying she was capable of answering all questions relating to the Wuhan summit as she was fully abreast of it.

"I am capable to answer all the questions, irrespective of whether I was present there or not. I am fully aware of what was happening there," she said.

Replying to a question regarding the South-China sea dispute, Swaraj said India believed that the international sea route should be free for navigation.

Regarding the Wuhan summit, Swaraj said as an innovative format for leadership-level diplomatic engagement, it enabled the two leaders to hold a direct, free and candid exchange of views on issues of over-arching, long-term and strategic significance, without the constraints of protocol and pre-agenda.

She said it was not meant to discuss specific topics but to strengthen mutual trust and understanding between the two leaders in order to forge a common understanding on the future direction of India-China relations and to create the appropriate conditions for the two sides to deal with their differences constructively.

President Jinping has accepted the Prime Minister's invitation for visiting India for the second informal summit at a mutually convenient time in 2019, Swaraj said.