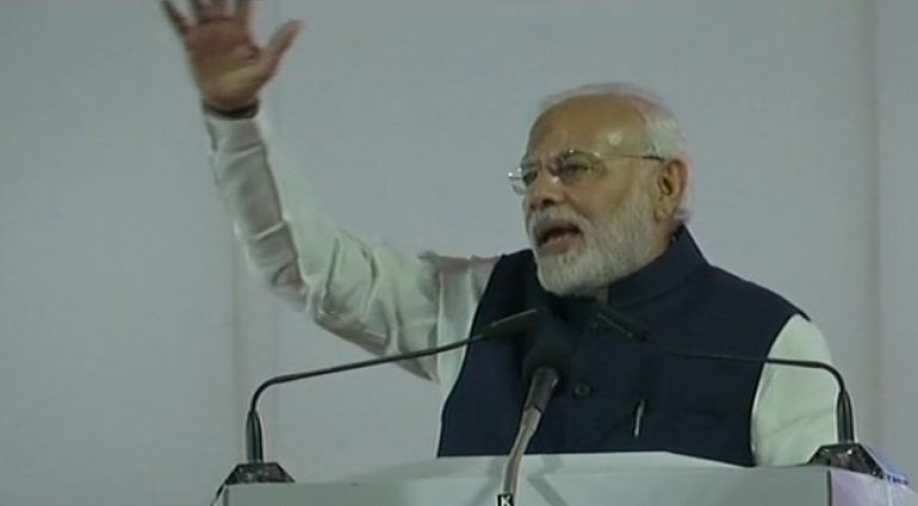 Madhya Pradesh will go to polls on November 28 to elect 230 members of the legislative assembly. The results will be declared on December 11.

In an apparent reference to Congress leader and former Madhya Pradesh chief minister Digvijaya Singh, Prime Minister Narendra Modi has said that one of the senior Congress leaders is not being allowed to campaign for the upcoming assembly elections in the state as the party fears that people will recall the failure of their tenure if Singh campaigns.

Earlier, Singh had said that "his party loses votes if he campaigns."

Addressing a rally in Indore on Sunday, the Prime Minister said, "One of the senior Congress leaders is not being allowed to campaign during these elections. The reason is that the Congress fears that if he campaigns, the party will lose as people will recall what the fate of Madhya Pradesh was during the time they were in power."

The Prime Minister also accused the Congress of playing divisive politics and said, "Congress neither has any policy, intention, nor a leader... its leader is confused. Let the naamdar (apparently Congress chief Rahul Gandhi) write down on a piece of paper how many zeroes are there in Rs. 23,000 crore. He will get confused."

He further asserted that these elections are not about who would win or who won`t win but about rejecting the "negative forces who have always focused on the 'divide and rule' approach."

Talking about the development work in Indore city, the Prime Minister announced that as part of the Smart City project, Rs. 23,000 crore will be spent on development of seven cities in poll-bound Madhya Pradesh including Indore over five years. He added, "In last two years, the foreign tourists` influx has increased."

Madhya Pradesh will go to polls on November 28 to elect 230 members of the legislative assembly. The results will be declared on December 11.

The single-phase election in the state is seen as a direct political battle between the BJP and the Congress. While Chouhan is eyeing to secure his fourth consecutive term as chief minister, the Congress is looking to regain power after 2003.