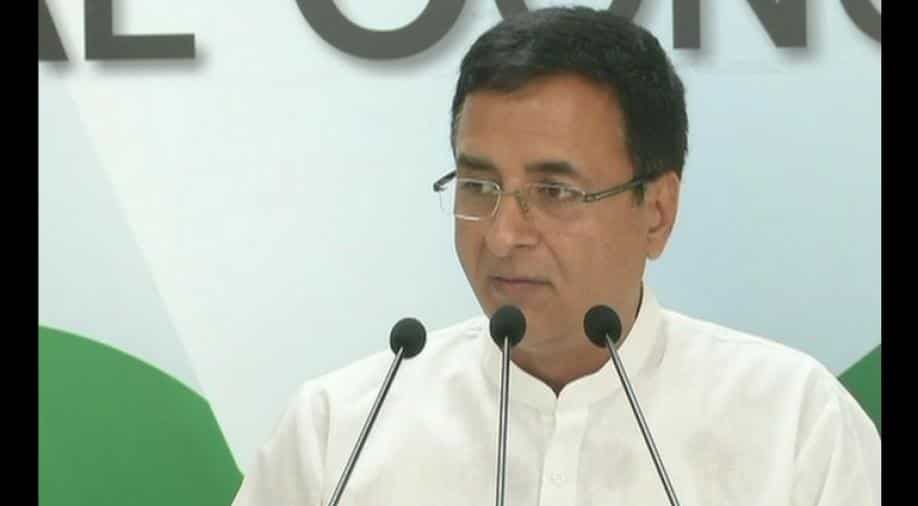 The Congress is likely to move court if Karnataka Governor Vajubhai Vala does not invite the JD(S)-Congress combine to form a government going by tradition and in accordance with constitutional and legal provisions, news agency PTI reported quoting party sources.

The party is preparing the ground to move court in case of a negative response from the Raj Bhavan, party insiders said as reports came in of its MLAs in the southern state being taken to the governor in a show of strength.

"We have staked our claim for formation of a government as we have the numbers as also the total vote share of over 56 per cent," added a senior party leader.

"All options remain open to the Congress," the party's communications in-charge Randeep Surjewala said when asked what the party would do if the governor invited the BJP to form government.

He said the governor is expected to listen to the mandate of the people.

Yesterday's results in Karnataka threw a fractured verdict with no party getting a simple majority.

The BJP emerged the single largest party with 104 seats but fell short of the half-way mark of 112.

The Congress-JD(S) combine together got 115 seats, moving quickly even as the counting of votes was underway yesterday and requested the governor to allow the formation of a JD(S)-led government.

The BJP also staked its claim with its chief ministerial candidate B S Yeddyurappa meeting the governor twice since yesterday evening when the results were declared.

The Congress, which has also met the governor twice, has cited past precedent set by the BJP in Goa, Manipur and Meghalaya to support its claim that post poll alliance partners can be called to form a government.

"The governor has no choice but to invite the JD(S)-Congress coalition which has a clear majority to form the government in the state," Surjewala said, citing constitutional and legal provisions.

Amid hectic jockeying over government formation in Karnataka, the JD(S)-Congress combine's chief ministerial candidate H D Kumaraswamy today claimed the BJP offered his MLAs Rs 100 crore in bribes to break away and back the BJP in government formation, a charge rejected by the saffron party.