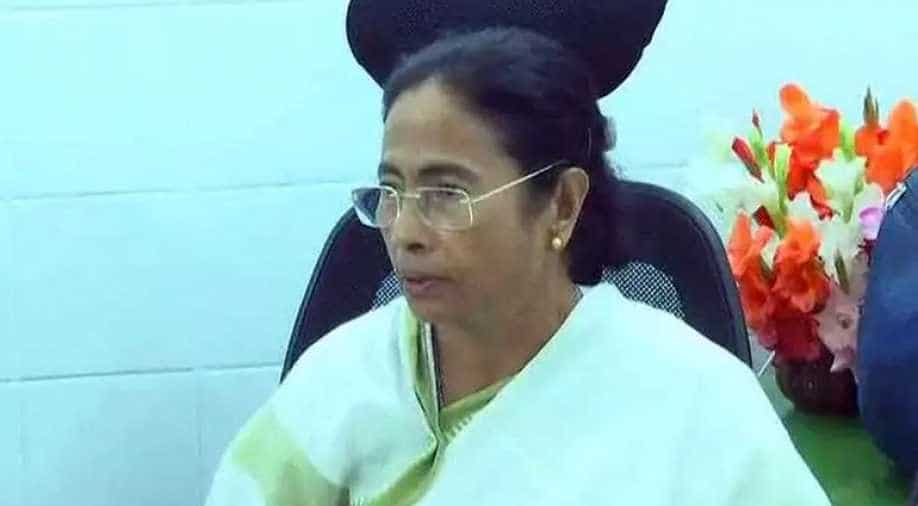 TMC chief Mamata Banerjee on Tuesday said there would be a collective leadership of the opposition front to take on the BJP in the 2019 Lok Sabha elections, indicating that the proposed coalition may not name a prime ministerial candidate ahead of the polls.

Banerjee will meet Congress leader Sonia Gandhi and other prominent opposition leaders today to personally invite them for her rally on January 19 in Kolkata aimed at showcasing opposition unity. NCP chief Sharad Pawar and his daughter Supriya Sule met the Trinamool chief this evening.

"There will be a collective leadership to take on BJP in the coming Lok Sabha polls in 2019. I will meet all the opposition leaders and invite them for the rally. I will also meet Congress leader Sonia Gandhi," Banerjee told reporters.

The Trinamool Congress leader was asked whether she could be the prime ministerial candidate for the proposed anti-BJP front. Banerjee is considered a strong contender and the January 19 rally is also seen as an opportunity to consolidate her position within the opposition fold.

The Congress had earlier given indications that it is not averse to accepting a nominee for the top post from any other party who does not have the backing of the RSS.

The BJP has ridiculed the proposed opposition alliance, saying it may not materialise at all as leaders of its various constituents harbour prime ministerial aspirations.

While addressing a conclave organised by Catholic Bishops Conference in Delhi, the West Bengal chief minister cautioned the BJP and said that politics of intolerance would not be tolerated in the country.

Banerjee said that the country needs a change and it would happen in 2019.

"BJP can do the politics of dividing the people into states like Jharkhand, Chhattisgarh, Uttar Pradesh. But they can never do it in West Bengal. Because we are there. They also can not do it in states like Andhra Pradesh or

Karnataka as leaders like Chandrababu Naidu and HD Kumaraswamy are there," she asserted.

Asserting that she would never allow a "divided motherland", Banerjee said the BJP should remember that "they (BJP) were not there a few years back" and claimed, "they will not be in the coming year too".

Banerjee, however, praised Union ministers Sushma Swaraj and Rajnath Singh stating that these leaders are "good", and added, "others are not".

"Potato and potato chips are not same," Banerjee quipped.

Lashing out at the BJP, she claimed that the while the saffron party is trying to attack the Dalits, minorities and tribals, her politics is about taking them along.

Later Banerjee went to meet former BJP leader Yashwant Sinha, Ram Jethmalani and disgruntled BJP MP Shatrughan Sinha, who have been vocal critics of the Modi government, to invite them for her rally.

"I invited them to participate in the rally in Kolkata. The people who fight against the ruling party win," she said after meeting the leaders at Jethmalani's residence.

"I am not so liberal and cannot forgive the people behind lynching and violent attacks," she said.

Former Union minister Arun Shourie, who had met Banerjee earlier, is expected to meet the TMC chief in Kolkata as he is out of Delhi at the moment.