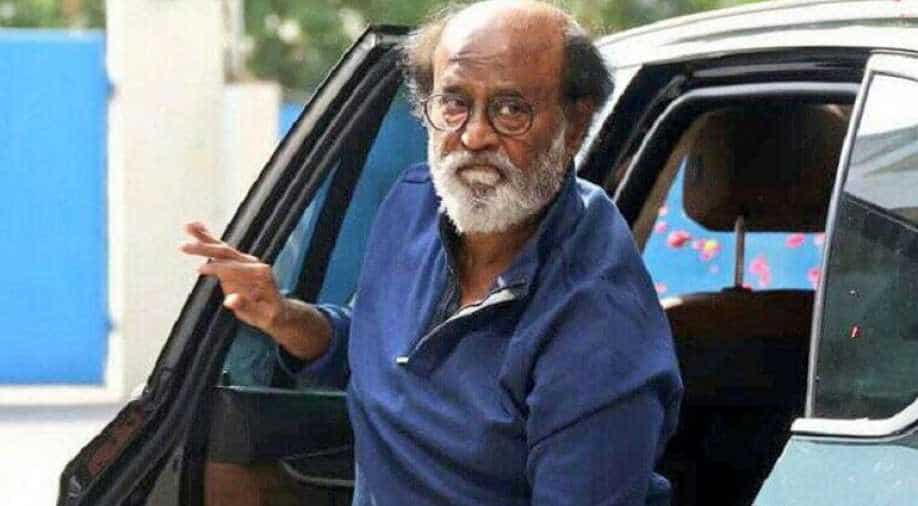 Top Tamil star Rajinikanth suggested on Tuesday that Chief Minister K Palaniswami and his entire cabinet should have attended the burial of late DMK President M Karunanidhi last week at the Marina beach.

The actor said he would have launched a protest if the government had appealed against a Madras High Court verdict, directing it to provide burial space to the Dravidian stalwart on Marina beach.

Speaking at a memorial event organised by the South Indian Artistes Association for Karunanidhi, the actor said that many leaders, ranging from state Governor Banwarilal Purohit to Congress President Rahul Gandhi, were present during the burial of Karunanidhi at the Marina.

"For his burial, the whole of India came. State honors were given by members of the three armed forces. He was given a 21 gun salute.

But one thing remains. The Governor, many Chief Ministers and Congress president Rahul Gandhi had come. Tamil Nadu's first citizen, the Chief Minister, shouldn't he have come? Should not the entire cabinet have come? What will people think? Are you MGR (AIADMK founder M G Ramachandran) or Jayalalithaa," he asked.

Both Ramachandran and Jayalalithaa were considered rivals of Karunanidhi.

On the controversy over allocation of burial space for Karunanidhi, which was done by the state government on a court directive, Rajinikanth said he himself would have launched a protest if the government had appealed against the order.

Heaping praise on his 'friend' Karunanidhi, Rajinikanth said while many thousands had entered politics due to him, "many hundreds became leaders" because of him.