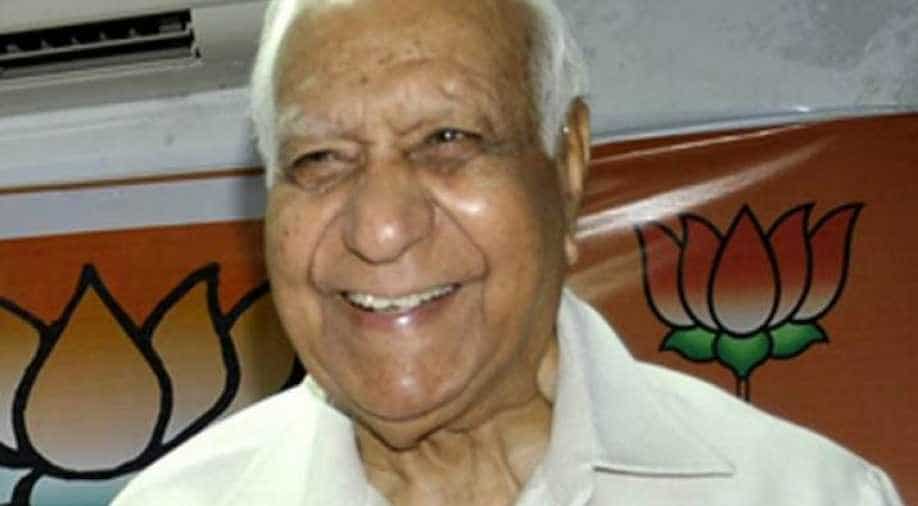 Chhattisgarh Governor Balramji Dass Tandon died at a hospital here today, an official said. He was 90.

He was admitted to the Dr BR Ambedkar Memorial Hospital in Raipur after he complained of uneasiness in the morning.

He was kept under the critical care unit for observation.&nbspHe later died at the hospital, he said.

Tandon, one of the founder members of the Jansangh which later became the Bharatiya Janata Party (BJP), became the governor of Chhattisgarh in July 2014.

Chief Minister Raman Singh’s office has issued a message of condolence on the demise of the 90-year-old leader.

During his long political career, he has served on various posts, including as deputy chief minister of Punjab.