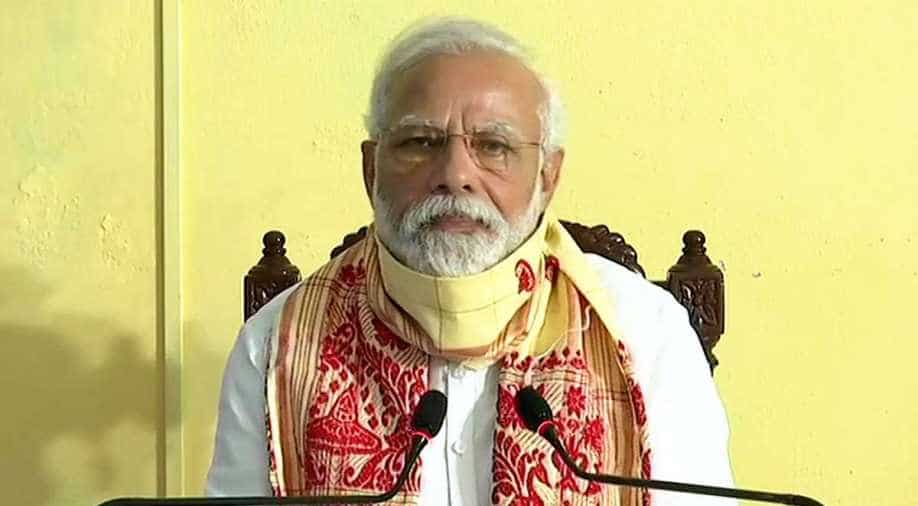 A similar petition against setting up of the PM CARES fund was dismissed by the Supreme Court in April, he informed a division bench of Justices S B Shukre and A S Kilor.

The Centre on Tuesday opposed and sought dismissal of a petition seeking declaration of funds received by the Prime Ministers Citizens Assistance and Relief in Emergency Situation (PM CARES), a public charitable trust created by the government amid the COVID-19 pandemic.

A similar petition against setting up of the PM CARES fund was dismissed by the Supreme Court in April, he informed a division bench of Justices S B Shukre and A S Kilor.

The bench, however, noted that the petition before it was seeking different reliefs, and directed the Union government to file an affidavit in response to the plea within two weeks.

"File an affidavit stating whatever is your (Union government's) stand, the court said.

Waghmare in his petition sought a direction to the government to declare funds received and expenditure of the same on the governments website periodically.

As per the plea, thePMCAREStrust, with Prime Minister Narendra Modi as its chairperson and ministers from departments of Defence, Home and Finance as its members, was created with the prime objective of dealing with the emergency or distress caused by the coronavirus.

The trust was created in order to have financial assistance from people in the country and also from overseas to provide relief and assistance to those affected by COVID-19 pandemic, it said.

As per the guidelines of thePMCARESFund, apart from the chairperson and three other trustees, the chairperson had to appoint or nominate three more trustees. However, from the formation of the trust on March 28, 2020 till date no appointment has been made, the petition claimed.

The petition has sought a direction to the government and the trust to appoint or nominate at least two members from opposition parties to have proper check and transparency.

"In order to fortify and strengthen general public's faith and confidence, it is necessary to issue a direction to the government to declare the funds collected by PM CARES trust till date, and how the same have been used for the benefits of citizens affected by coronavirus, the plea said.