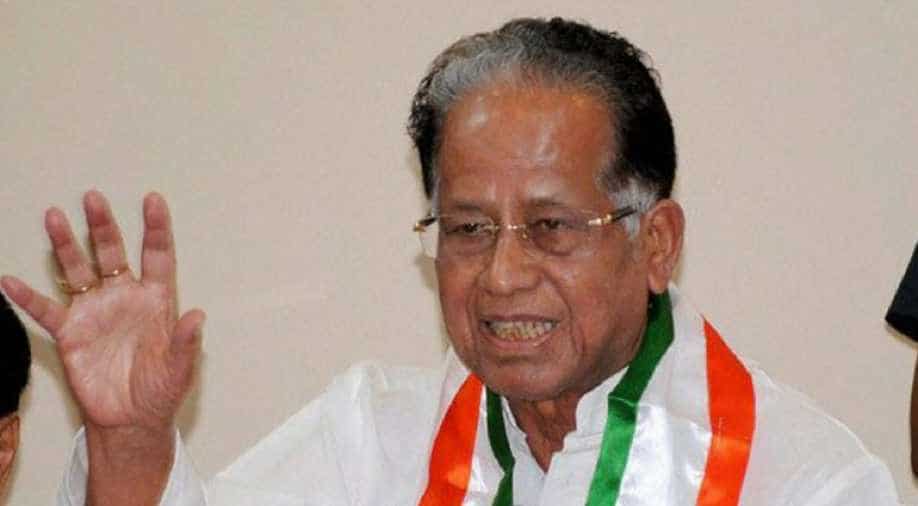 Amid massive uproar by the Opposition on Assam's National Register of Citizens (NRC) draft, former Assam Chief Minister Tarun Gogoi has criticised the in-power Bharatiya Janata Party for "creating this problem" in the state and said that the draft is "full of faults."

"We're committed to The Assam Accord. Those residing here after March 24, 1971, will be considered foreigners and there is no scope for their names to be included in NRC. But, most of the 40 lakh people whose names have been dropped from the list are Indian citizens," Gogoi told ANI.

The draft, which was released on July 30, left out nearly 40 lakh people in Assam, incorporating names of 2.89 crore people out of 3.29 crore applicants. Since then, the Opposition has been at loggerheads with the Bharatiya Janata Party (BJP)-led Centre over the issue.

Gogoi's statement comes after Assam Governor Jagdish Mukhi on Thursday assured that anyone who is an Indian would surely find their names in the final list of NRC.

"Draft of NRC is a historical event for Assamese as it has been done as per wishes of the people of the state and Assam accord. Many people are worried over non-inclusion of their names in NRC. I assure them that anyone who is an Indian, their name will certainly be there in final NRC report," Mukhi told ANI.

The first draft was published on December 31, 2017, and names of 1.9 crore of the 3.29 crore applicants were incorporated.

The NRC draft features the names, addresses, and photographs of all Indian citizens, who have been residing in the northeastern state before March 25, 1971.