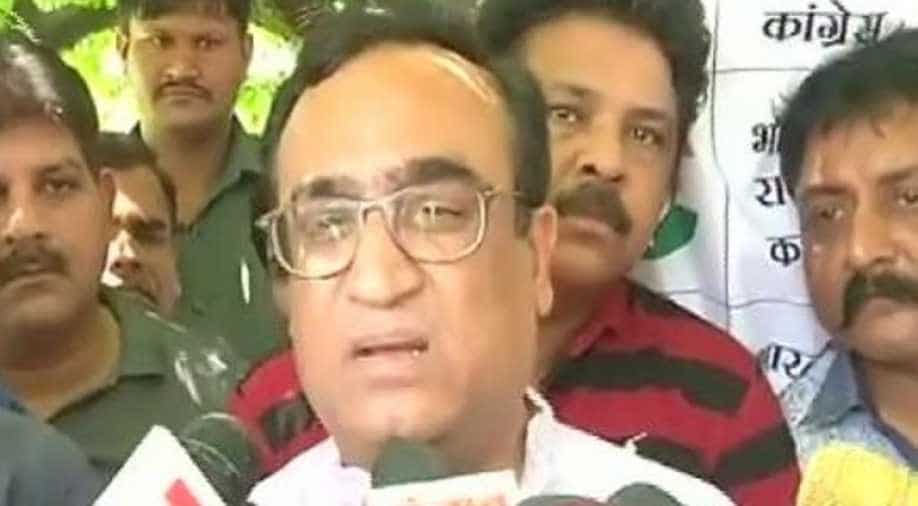 Congress leader Ajay Maken said AAP has been helped by the BJP and the Election Commission of India (ECI) by delaying the decision for over three weeks. Photograph:( ANI )

The disqualification of 20 AAP MLAs was deliberately delayed due to the hidden alliance between Bharatiya Janata Party (BJP) and Aam Aadmi Party (AAP), the Congress party alleged.

"The AAP has been helped by the BJP and the Election Commission of India (ECI) by delaying the decision for over three weeks. If decision would have come before December 22, these 20 MLAs would have been disqualified and the party would not have been able to send three MPs to Rajya Sabha," Congress leader Ajay Maken said while addressing a press conference here.

Twenty AAP MLAs, accused of holding the 'office of profit', were disqualified from the Delhi Assembly today after President Ram Nath Kovind gave his assent to election commission's recommendation in the matter.

"Having considered the matter in the light of the opinion expressed by the Election Commission, I, Ram Nath Kovind, president of India, in exercise of the powers...do here hold that the aforesaid 20 members of the Delhi legislative assembly stand disqualified from being members of the said assembly," read a notification issued by the law ministry.

The election commission on Friday recommended to the president the disqualification of the 20 AAP MLAs on for holding ''office of profit''.

Initially, the petition was directed at 21 MLAs, but one MLA, named Jarnail Singh, resigned last year to contest in the Punjab elections.