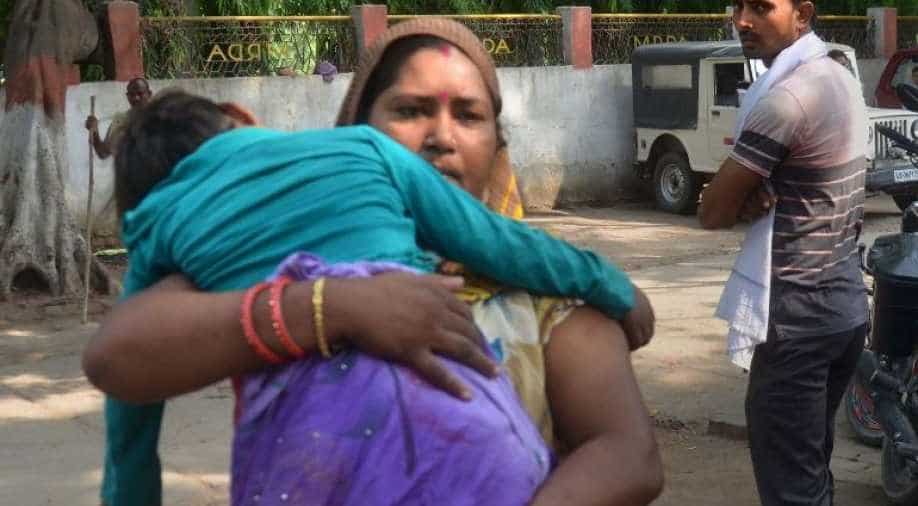 A woman carries a child showing symptoms of Acute Encephalitis Syndrome (AES) at a hospital in Muzaffarpur. Photograph:( PTI )

The government's action came following reports that litchi consumption was one of the factors behind the spread of Acute Encephalitis Syndrome (AES).

The Odisha government on Tuesday has ordered laboratory test of litchi fruit that is being sold in the markets in the state.

''Encephalitis is spreading in Litchi growing areas of Bihar & other parts of country. In view of this, Food Safety Commissioner has been directed to collect&test sample of Litchi being sold in market to ascertain toxic contents,'' Department of Health and Family Welfare said.

The government's action came following reports that litchi consumption was one of the factors behind the spread of Acute Encephalitis Syndrome (AES).

Bihar Chief Minister Nitish Kumar on Tuesday visited Shri Krishna Medical College and Hospital (SKMCH) in Muzaffarpur, where more than 300 children have been admitted with complaints of AES since June 1 and close to 90 of them died.

In the meantime, scores of people gathered outside the hospital and started shouting slogans like "Nitish Kumar go back", as they vent their anger over the chief minister for visiting the area after the number of casualties had crossed the three-digit mark.