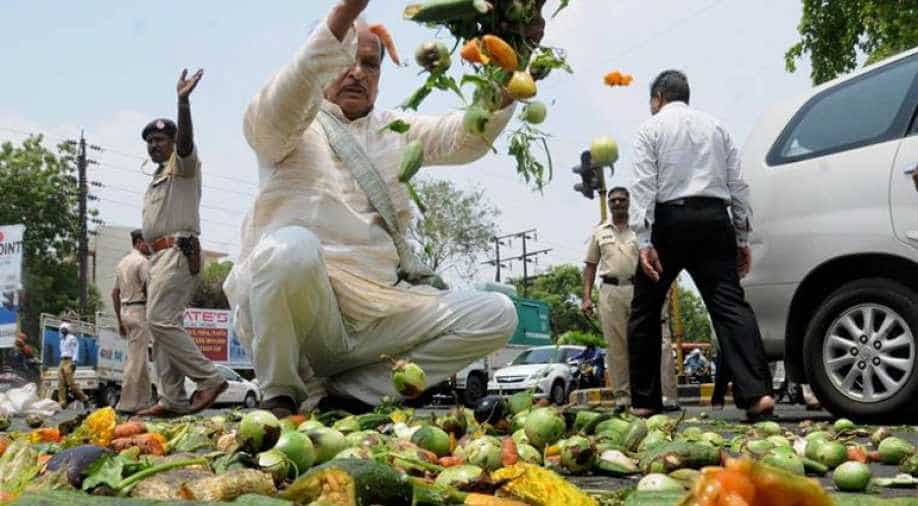 The BJP currently controls all three states, and if it loses more than one it could prompt a re-think of its strategy heading into next year's general election, which is due to be held by May.

Weak farm prices are threatening to hurt PM Narendra Modi's Bharatiya Janata Party as it faces a critical test in three state elections dominated by rural voters in the Hindi-speaking belt that is its traditional stronghold.

On a visit last week to the most crucial of the three states, Madhya Pradesh, which voted on Wednesday, Reuters spoke to 134 rural voters along a 400 km (250 miles) corridor - 89, or about two-thirds, said they would vote for the opposition Congress party rather than the ruling BJP.

"Diesel and fertiliser prices have shot up but paddy and wheat prices rose only marginally," said Prem Naryan Meena, a 60-year-old wheat farmer in Gudari Ghat village on the outskirts of Madhya Pradesh's capital Bhopal. "Our net realisation has been falling every year."

Meena says he will vote Congress for the first time in his life because the BJP has failed to lift farmers' earnings as promised. He voted BJP in the last state and general elections.

The latest survey from pollster C Voter puts Congress marginally ahead in both Madhya Pradesh and the second of the Hindi-speaking states, Chhattisgarh, where voting has been completed. Congress has an 8.2 percentage-point lead in the third state, Rajasthan, according to the survey. All three results are expected on December 11.

The BJP currently controls all three states, and if it loses more than one it could prompt a re-think of its strategy heading into next year's general election, which is due to be held by May.

Political strategists say that could mean trying to find quick ways to bolster incomes in the countryside through additional subsidies. It could also mean forcefully playing the "Hindus-first" card, which they say could appeal to the majority population but risk creating communal conflict.

Investors are also likely to take fright if the pro-business BJP suffers major losses. It would create major policy uncertainty by raising the prospects that Modi could either lose next year's election or be faced with forming a much less powerful coalition government.

The BJP's message still can resonate in rural areas on the back of some of the government's development initiatives. These include a push for access to electricity, provision of better sanitation, subsidies for cooking systems run off liquefied petroleum gas, and better roads.

But that is not enough for many farmers struggling with low crop prices.

"Government says they are working to double farmers' income, but instead of rising, crop prices are falling. We sold soybean at 5,000 rupees (per 100 kg) in 2014 and now we are getting 2,900 rupees," said 30-year-old farmer Anil Verma, from the Sehore district, 50 km from Bhopal.

And while voters acknowledge the improved roads, some such as Ramnaryan Gour, a taxi driver in Bhopal, do not see it as enough of a reason to support the BJP.

"We can't eat roads. Our income should go up, which is not happening," said Gaur, who plans to vote for Congress.

The government points to initiatives such as improved irrigation, crop insurance and electronic trading platforms for farmers to sell produce as evidence it has helped rural Indians, who make up around 70 per cent of the 1.3 billion population.

But the low farm prices can also be at least partially blamed on government policies.

After coming to power, the Modi administration tried to bring down food inflation by raising crop procurement prices much less than its predecessor, cutting import taxes on various farm commodities and restricting overseas sales of some crops. These policies, along with a supply glut overseas, hurt crop prices in India.

Then the government in 2016 scrapped high-value currency notes as it sought to crack down on the black economy. That paralysed trading of farm commodities and dragged prices down further.

The national government has more recently been trying to support rural incomes by steeply raising minimum support prices for summer-sown crops – prices at which the government says it is prepared to buy the crops from the farmers. But farmers have been selling crops at as much as a 30 percent discount to these prices when they have a big supply glut because a lack of storage and transport capacity means the government system does not function effectively.

And the BJP government in Madhya Pradesh has been on the back foot since six farmers protesting against lower prices in mid-2017 were shot and killed by police in Mandsaur district. The incident angered farmers and prompted Chief Minister Shivraj Singh Chouhan to offer them concessions.

The state rolled out a programme that promised to pay farmers the difference between the actual crop sale price and the government mandated price.

But it did not work as traders profited from the scheme and the difference between market prices and support prices widened further, according to Deviprasad Mandloi, who grows black lentils in Sehore.

Growers of garlic, onion and tomatoes – all big crops in the state - have been hit particularly hard as prices have plunged.

"In garlic we are not recovering half of the production cost," said Deepak Yogi, showing a reporter garlic bags stored in a cattle shed in Sehore.

If the farmers' sentiments are reflected across Madhya Pradesh, which has been held by the BJP for the past three terms, or 15 years, then it will be a major defeat for Modi.

Congress has been trying to tap into farmers' discontent with promises to waive farm loans.

A poor performance by the BJP in the three "will be indicative of slipping ground in strongholds," said Nilanjan Mukhopadhyay, a biographer of Modi. It would also make Congress more credible and put it in a stronger position to negotiate alliances with smaller regional parties, he said.

The expectation in financial markets is that the BJP will win at least two of the three states.

If the BJP loses all three "then there would be a sell-off in the market," said Sanjay Mookim, India equity strategist at Bank of America Merrill Lynch, adding that there would be concerns that an unstable coalition government may result.