AN-32 crash: IAF retrieves remains of all 13 'air-warriors' 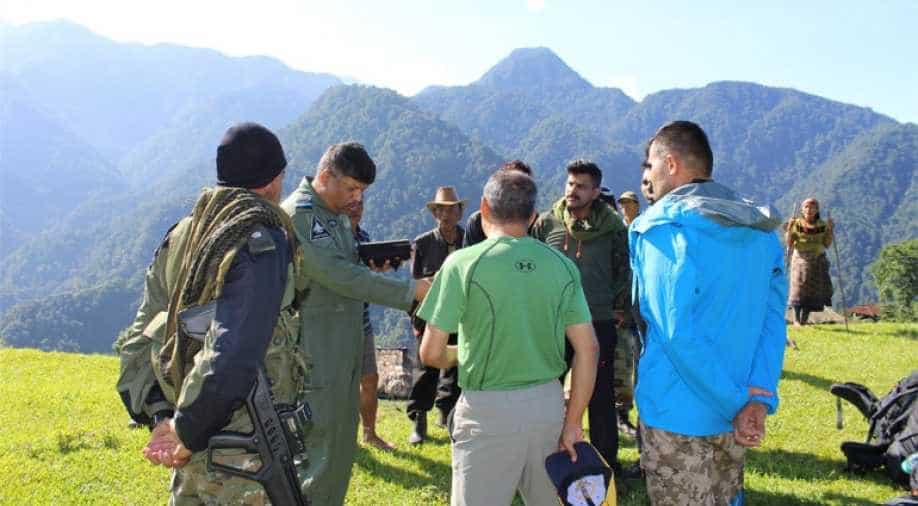 All 13 personnel aboard the Russian-made AN-32 had perished in the crash on June 3 about 30 minutes after the aircraft took off from Jorhat in Assam for Menchuka in Arunachal Pradesh.

The IAF Thursday completed the task of retrieving bodies of all its 13 personnel from the crash site of its AN-32 aircraft in the Pari mountains in Siang district of Arunachal Pradesh and flew them to Jorhat airport in Assam.

While six bodies were retrieved Wednesday from the crash site, the remains of seven others were recovered Thursday.

All 13 personnel aboard the Russian-made AN-32 had perished in the crash on June 3 about 30 minutes after the aircraft took off from Jorhat in Assam for Menchuka in Arunachal Pradesh.

The plane had simply gone missing and remained traceless till June 11, when its wreckage was located in the Pari mountains.

"The mortal remains of the 13 air-warriors have been recovered and sent to the Air Force Station, Jorhat," said IAF in a statement.

It said the IAF had been coordinating with the state administration at all levels and a ground team comprising its Garud commandos, the Indian Army's special forces personnel, civilian porters and hunters reached the crash site late Wednesday.

"The mortal remains will (now) be sent to their hometown, where their funeral will be carried out as per service customs," the IAF said.

"The IAF stands with the families and next-of-kin of all the air-warriors who lost their lives in the line of duty," it added.

After tracing the wreckage on June 11, a team of 15 mountaineers was air-dropped near the crash site the very next day to locate the bodies. Later, three more mountaineers had joined the team.

While six bodies were airlifted to Aalo in West Siang around 5 pm Wednesday, the remains of seven others were transported to the district headquarters around noon, said Siang Deputy Commissioner Rajiv Takuk Thursday.

The IAF had to halt the operation to recover the mortal remains of its personnel midway Wednesday after the weather turned inclement, he added.

The IAF, however, managed to complete the operation Thursday after the weather condition improved in the hills, he added.

The IAF had also been able to recover the Flight Data Recorder (FDR) and Cockpit Voice Recorder (CVR) too last week from the site.

"The IAF thanks Indian Army, Indian Navy, NTRO, state administration and civil population for their unstinted support during search and rescue operations," the Air Force said.