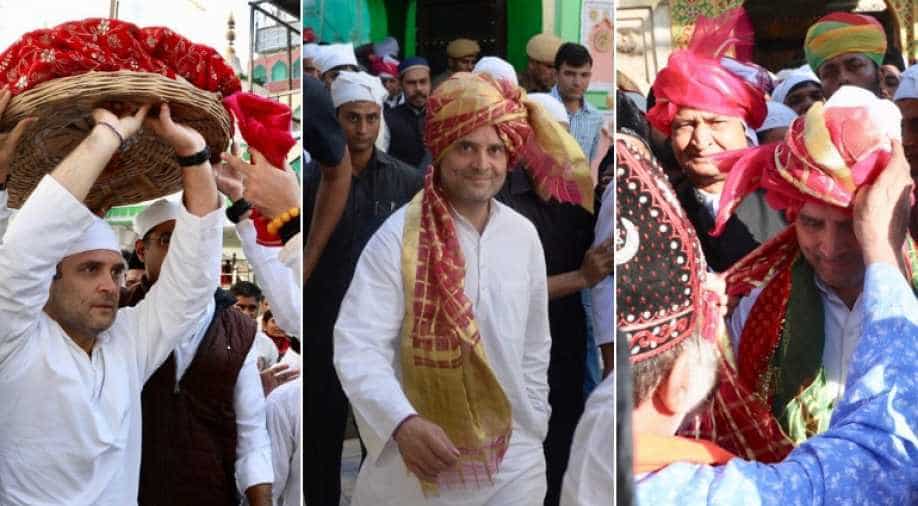 Gandhi also visited the Brahma temple in Pushkar. The Congress President is in Rajasthan to campaign for the upcoming state elections.

The Gandhi family's traditional khadim (cleric) made him perform 'ziyarat' at the dargah.

Gandhi is in Rajasthan to campaign for the upcoming state elections.

Gandhi had gone on a temple-hopping spree during the Gujarat and Karnataka state elections, prompting the BJP to accuse him of doing so to try and win votes.

Rajasthan: Congress President Rahul Gandhi offers prayers at Brahma Temple and on the banks of Brahma Sarovar in Pushkar. pic.twitter.com/M8xUlRfDhg

He offered prayers there at the famous Brahma temple (it is the only one in the country) and on the banks of the Pushkar lake. Pushkar is thought of as holy by the Hindus and is a pilgrimage site.