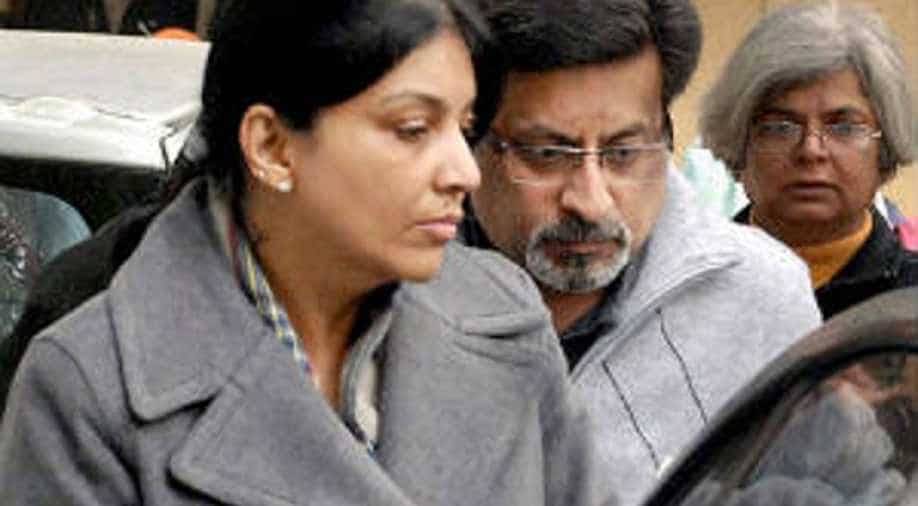 Rajesh and Nupur Talwar were acquited by Allahabad High Court in the murder of their daughter Aarushi Talwar in 2008. Photograph:( Others )

The Allahabad High Court on Thursday acquitted the dentist couple Rajesh and Nupur Talwar in the murder of their daughter Aarushi Talwar in 2008. || ||

Rajesh and Nupur Talwar who were acquited by the Allahabad High Court on Thursday on charges of murdering their daughter Aarushi won't be released today, their lawyer Tanvir Mir Ahmed said.

As reported earlier by WION, Dasna jail superintendent Dadhiram Maurya had said if the release order does not arrive on time then the Talwars won't walk free today.

"Jail closes by 7:30-8pm. After receiving the order, the procedure in jail takes just half an hour, if the order comes today before the jail closure, they'll be released today itself but the possibility is less," Dasna jail superintendent Dadhiram Maurya had said.

Earlier, Talwars' lawyer Tanveer A Mir had said the jail superintendent would receive the release order copy by Friday afternoon and the Talwars would be released by 4pm, however, the release order failed to arrive at Dasna jail.

The lawyer had said either the Allahabad High Court sends its order copy directly to jail authorities or it is sent through the CBI court concerned which awarded them the life sentence.

The Allahabad High Court had acquitted the Talwars in 2008 double murder case in which both Aarushi and Hemraj were killed. The court said that neither the circumstances nor the evidence was enough to hold them guilty.